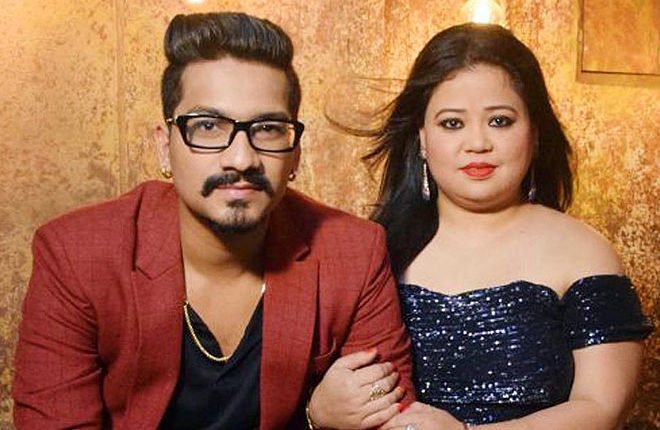 Mumbai: A Mumbai court on Monday granted bail to comedian Bharti Singh and husband Haarsh Limbachiyaa in a drugs case. Earlier, the couple, who was arrested by the Narcotics Control Bureau (NCB) following the seizure of ganja from their house, was sent to judicial custody till December 4, The Indian Express (TIE) reported.

While Bhari was arrested on Saturday, Haarsh was taken into custody on Sunday. The NCB was quoted as telling the Esplanade Court that the two have confessed to consuming ganja. Singh is said to have told officers that she would smoke weed procured by her husband. Limbachiyaa in his statement disclosed that he purchased ganja from one peddler. He added that he would keep one bag of the contraband at his office and another at his house for consumption, the report added.

NCB officials said that following a tip-off, their team carried out a search operation at the production house of Limbachiyaa located in Versova on Saturday. They recovered a bag with 65 gram of ganja. Later, another search was carried out at his residence, Oberoi Springs in Andheri, from where another bag consisting 21.5 gram of cannabis and unaccounted cash of Rs 1.49 lakh were seized, TIE reported.

Carcass Of Rare Dolphin Netted By Fisherman Found In Odisha