Bhubaneswar: The lockdown has dealt the harshest blow to daily wage labourers and beggars. With temple closed, beggars are deprived of their daily alms. Similar is the case with labourers who have lost work and means of livelihood.

Given this grim situation, the Bhubaneswar-based Sahoo family has come as a ray of hope for these hapless people. All the family members, including children, have been engaged in providing food to the needy in the city for more than a month now.

The family prepares over 200 packets of food daily and distributes them in several parts of the city, mostly at Raj Mahal square and Leprosy Colony at VSS Nagar.

“We started this initiative when the lockdown started,” said Dr Biswajit Sahoo, a physiotherapist.

So what inspired him to do this noble service? “Once I was returning from my clinic and stopped my vehicle near Raj Mahal square. Some beggars including children came to me and asked for food. I gave them biscuits on that day. But later decided to distribute cooked food to such people during these difficult times,” Sahoo replied.

“My family also supported me in this. They said the people living on the roadsides should not go hungry. So we started doing our bit to help the helpless,” he added.

“On the first day, my father, mother and wife helped me to prepare food for around 50 people. When I went to distribute the food, some people had to return empty handed. Then I sought help from some relatives and now we prepare food for more than 200 people every day,” he said. 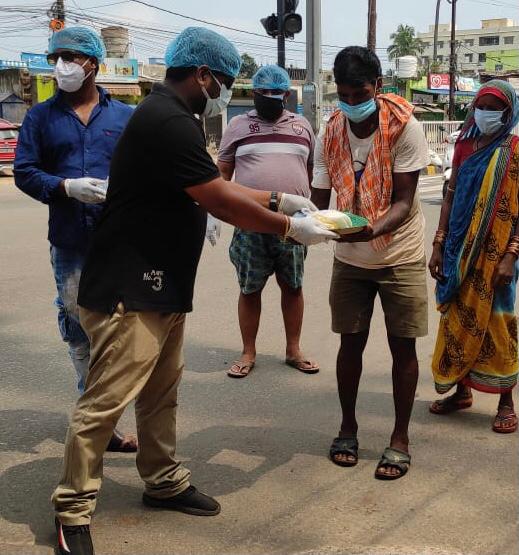 Saho said he advises the recipients to maintain social distancing and eat only after sanitizing their hands.

“Following demands, we have also distributed clothes to some people at Leprosy Colony. We try to help as per the requirement of people. My uncle and neurologist Dr RN Sahoo and the staff at his clinic also help us in this work,” he added.

“We also distribute food in Puri twice a week. We are planning to extend this work to some other areas in Khurda district. We will continue this till the lockdown ends,” said Sahoo. 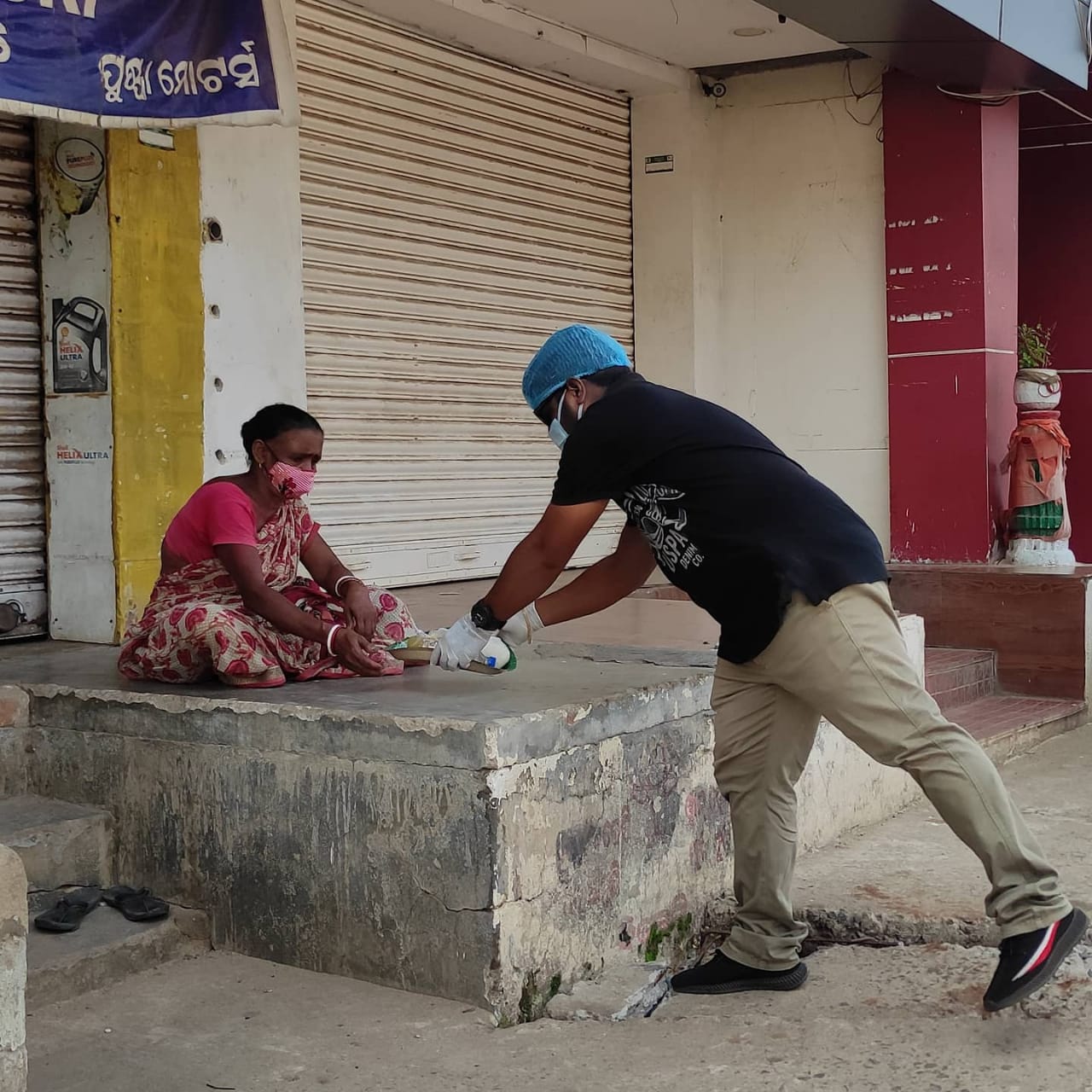