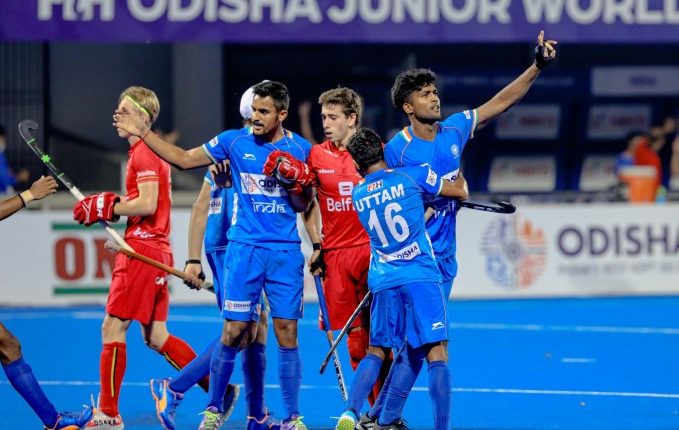 Bhubaneswar: India beat Belgium 1-0 in a hard-fought contest at the Kalinga Stadium here on Wednesday evening to enter the semifinals of the FIH Men’s Junior World Cup hockey championship.

Defending champions India found the winner six minutes into the second quarter of the quarterfinal, when Sharda Nand Tiwari slammed home from the home team’s only penalty corner in the 60-minute clash.

Belgium had their chances, and earned three penalty corners, but the Indian defence stood tall and denied the Red brigade the equalizer.

India will face Germany in the last-four clash on Friday after edging past Spain in another close contest. The two teams were tied 2-2 at the end of regulation time, but Germany prevailed in the penalty stroke shootout.

The second semifinal will pit France against Argentina after they saw off Malaysia and The Netherlands, respectively.

In Pictures: In A First, BSF Contingent At State-Level Republic Day Parade In…