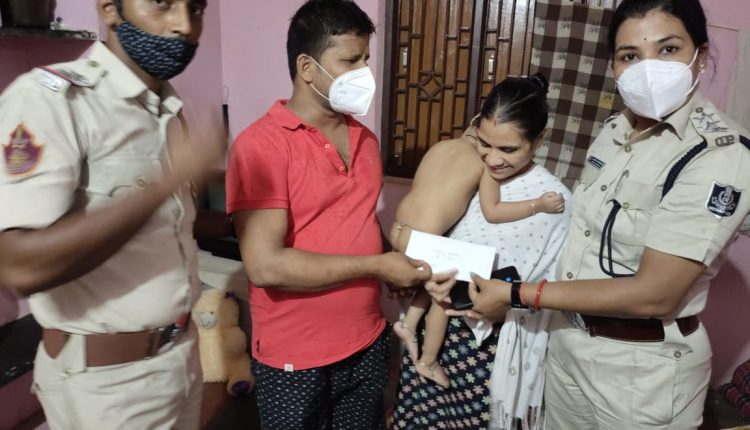 Bhubaneswar: Praises poured in for a woman police officer of Twin City Commissionerate Police here for her magnanimity towards a blind couple, struggling to pay for treatment of their blind and cancer-stricken child.

Talking to Odisha Bytes on Monday, Ashok Nayak, father of two-year-old Puja Archana Nayak, said her daughter had a bad fall last year. Although there was no head injury, she later complained of severe pain in her right eye.

Unable to collect funds required for the operations, he had appealed through media for monetary help.

“A vernacular daily published the appeal last week. Infocity police station IIC Samita Mishra came to my house today and gave me Rs 10,000 for the operation. I express my deepest gratitude to the IIC for her generosity,” he added.

Nayak further said that the doctors at the LV Prasad Eye Institute told him that his daughter will be able to see with her left eye once the two major operations are conducted.

Will NEET 2021 Be Rescheduled? Demand For Postponement Grows