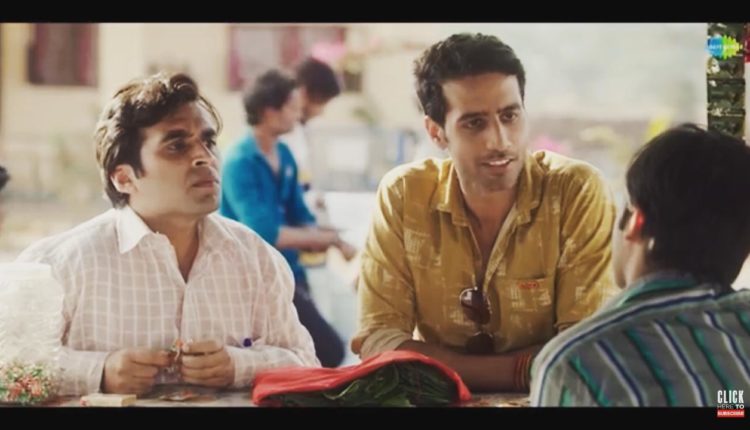 Bhuvan Arora has won many admirers for realistic portrayal of characters and his dialogue delivery. His performances in movies like Dedh Ishqiya (2014), Tevar (2015), Naam Shabana (2107), Shudh Desi Romance (2013) have been highly appreciated.

His latest role, in the film Chaman Bahaar which was released on Netflix recently, is winning him good reviews too.

Following are excerpts of an interview Odisha Bytes conducted with the actor: 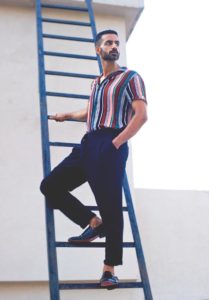 Chaman Bahaar has a strong female character as the central figure. Can you talk about it?

The female character is, in fact, the strongest one even without having too many dialogues. It was a conscious choice of the director to minimise her lines to convey that she was beyond the reach of boys of Lormi. Like they were commoners and she was royalty.

Can you explain your rapport with the other supporting actors? And how they add spice to the storyline…

The rapport among actors was very good. We were like a house on fire. We would always sit together and eat, play carrom… all that is evident on screen. Since most of the shooting was in daylight we would be free by the evening. There was a mall near our hotel where we would go every evening. So much so that the members of the staff started to recognize us.

Undoubtedly, it would be the scene where Inspector Bhadoriya (Bhagwan Tiwari) was to kick us recklessly. He was so much into the character that he would actually come very close to kicking us. ‘Tab toh zubaan par bas yahi nikalta tha – Sir, araam se, lag jayega’ (‘Sir, please make sure you don’t actually hit us’). That one memory won’t leave me any time soon.

The word ‘daddy’ has been repeatedly used to refer to anyone you talk to. What is its significance?

Daddy in the film’s lingo means a person who is a pro. It literally translates to father and was used in Chaman Bahar to denote Somu chotu because like fathers they ‘knew it better than everyone’. Punjab has gabru, Bengaluru has macha, Mumbai has bantai, Chaman Bahaar has daddy.

Given a chance to switch roles, which character would you have chosen to play and why?

It’s Billu, beyond question. As a matter of fact, both Jitu (Jitendra Kumar) and I auditioned for the character of Billu. However, I think Jitu essentially looks way better as the protagonist. He nailed the role, and I don’t have any regrets missing out on it.

What is your favourite scene in the movie? How did you prepare for that?

My favourite scene is the one when we were in the paan shop and Shila bhaiya comes for the first time. It sets the tempo for the film and since there are many characters, the coordination had to be bang on.

Was was tough to shoot?

The pre-shooting phase was extremely intense. We had to undergo rigorous training. The weather was harsh. It used to be scorching hot during daytime with dust all over the place. The spot boys had the worst of time since they had to constantly guard us with umbrellas.

How is your character in the movie different from your real life? Are you a funny person?

Well I would like to believe that I am funny. Comedy comes naturally to me and I have been told that I have a good sense of humour. But my humour is very different from my character in the movie. Somu (my character) isn’t trying to be funny, he is normal in whatever he does. To play that, you have got to have that sort of conviction so that it seems funny to the audience. And I am physically much different than Somu. I had to be more fluid and flexible to show this flubbery personality. In terms of language, the entire credit goes to Apurva, he helped us all a lot. In fact, he himself has a very wicked sense of humour and made us all laugh by his comments on set.

PS: Before winding up, the actor urged every reader with folded hands to watch the movie.