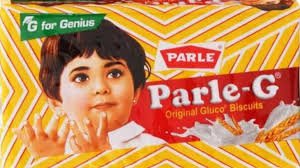 New Delhi: India’s largest biscuit maker Parle Products is also feeling the heat of the slump in the economy.

1. The company is planning to lay off 10,000 staff because of declining demand, especially in the rural market and the consequent production cuts. Rural India contributes to half of Parle’s revenues.

2. News wire the Reuters quoted a senior company official saying that the situation was so bad that they would be forced to eliminate these positions if the government fails to revive the economy.

3. Parle employs about 1,00,000 people, including direct and contract workers across 10 company-owned facilities and 125 contract manufacturing plants.

4. Mayank Shah, who is the category head of Parle, told the news agency that the famed Parle G biscuit brand could not revive from the GST impact as higher levy was also imposed on biscuit packets costing as low as Rs 5. The company pared down the number of biscuits in each pack, but it did not go down well with the price-sensitive Indian consumers.

5. The slowdown in the economy has hit the breaks from the auto industry to hair oil companies.

6. While Tata Motors has scaled down its production by half, leading consumer brand Emami has announced recourse to cost optimisation in face of lower demands.