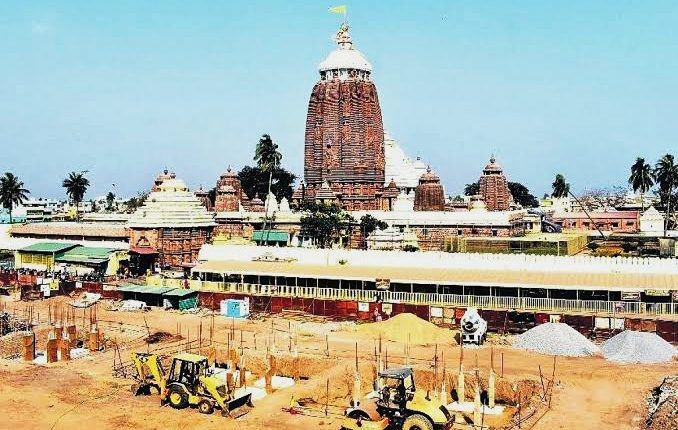 Bhubaneswar: Hours after Puri Shankaracharya Swami Nischalananda Saraswati cautioned BJD over Srimandir Parikrama Project and the opposition BJP and Congress demanded an immediate halt to the ongoing work, the ruling party on Wednesday shared the timeline, elaborating on how it was taken up with the consent of people of Odisha and permission of the competent authorities.

In a press release, BJD spokesperson Lenin Mohanty said that the project was prepared and recommended by the Srimandir Managing Committee. “The plan was first kept in the public domain seeking the opinion of people and various organisations. Thereafter, the Managing Committee recommended it,” he said.

While the project plan was conceived in 2016, it was unveiled by Chief Minister Naveen Patnaik in December 2019 with an objective to transform the Pilgrim Town into an international place of heritage.

Instead of going ahead with the project, the Odisha government decided to take the plan to the legislative assembly and it was passed unanimously by all MLAs without any opposition, he said.

A resolution was passed in the state assembly unanimously in February 2020 to begin the first phase of work estimated at a cost of Rs 800 crore. Following this, the Shree Jagannath Temple Administration (SJTA) approved the architectural design plan of the project at an estimated cost of Rs 3,200 crore.

The BJD spokesperson reiterate that the foundation stone of the project was laid only after National Monument Authority (NMA) approved the proposal. “Leaders of all political parties as well as various other dignitaries were invited to this ceremony. After this, the work was started. The ASI gave certain suggestions which were duly incorporated and modifications were done accordingly,” he said.

He stressed that the project work was implemented after consulting people and various organisations, unanimous passing of the plan by the Odisha Legislative Assembly and subsequent approval by NMA.

“It is hoped that all should support the Srimandir Parikrama Project as monsoons as well as Rath Yatra is coming,” he added.

Earlier in the day, the Sharkarachary accused the government of destroying heritage in the name of development. The BJP, on the other hand, alleged that the government was never transparent in its plan for the project while Congress said that it is being implemented by violating 10 laws and all parties except BJD are opposing the project.