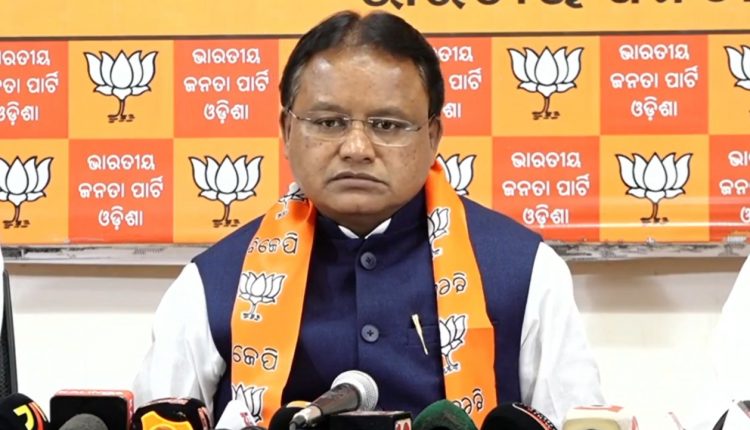 Bhubaneswar: The BJP has castigated the state government for poor healthcare facilities and held it responsible for the death of children in Odisha’s Keonjhar district.

Speaking to media persons in the party office in Bhubaneswar on Thursday, the chief whip of BJP Mohan Majhi said it is unfortunate that despite sufficient fund being sanctioned by the Centre, the state has been reporting death of children due to malnutrition.

Taking exception to the reported death of 13 children in Keonjhar in 18 days, Majhi accused the state government of neglecting the healthcare in rural areas. “The death of children is unfortunate and highly condemnable. Many children, who died in the district headquarters hospital (DHH) during the period, were malnourished,” he said.

Stating that the Centre has been helping the states on raising the nutrition level of the children, Majhi said the Prime Minister Poshan Yojana has been launched for the purpose. The Centre sanctioned Rs 279 crore to the state under the scheme last month alone, he claimed. Besides, Rs 8,583 crore collected under district mineral fund (DMF) remains unutilised, he claimed.

Accusing the state government of negligence in improving the healthcare facilities in remote areas, the BJP leader from Keonjhar said even the DHH in the district lacks a childcare specialist.

Besides poor medical facilities, lack of road connectivity has also led to the death of several people as ambulances are unable to reach there, he said. The government, in a reply to his question in the Assembly, has stated that as many as 5,025 villages in Odisha remain unreachable due to lack of roads, Majhi added.

‘Nothing Can Be Worse Than What We’ve Just Been Through,’ Says Gauri Khan Recalling Son Aryan’s Arrest Last Year