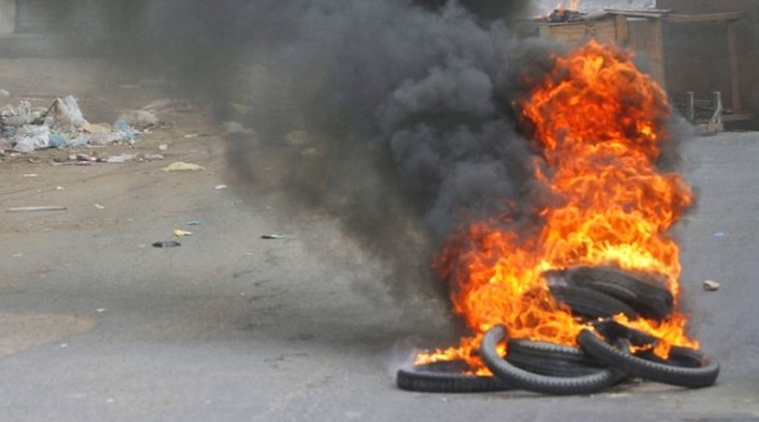 Nuapada: A six-hour bandh called by the BJP brought life to a standstill in Nuapada district on Saturday.

The bandh observed by the saffron party members demanding disbursement of crop insurance money to farmers started at 7 am and would continue till 1 pm.

Most business establishments, shops, markets and government offices remained shut, while vehicles stayed off the roads at several places. However, educational institutions and emergency services have been exempted from the purview of the strike.

The BJP activists resorted to picketing and staged blockade at different places including National Highway-353 by burning tyres, disrupting the movement of vehicles on the busy stretch for several hours.

“We demand immediate disbursement of crop insurance money,  which is pending under Pradhan Mantri Fasal Bima Yojana since 2016-17, to all farmers of the district. The agitation will be intensified in the days to come, if the district administration remains callous to the farmers’ plight,” a party leader said.