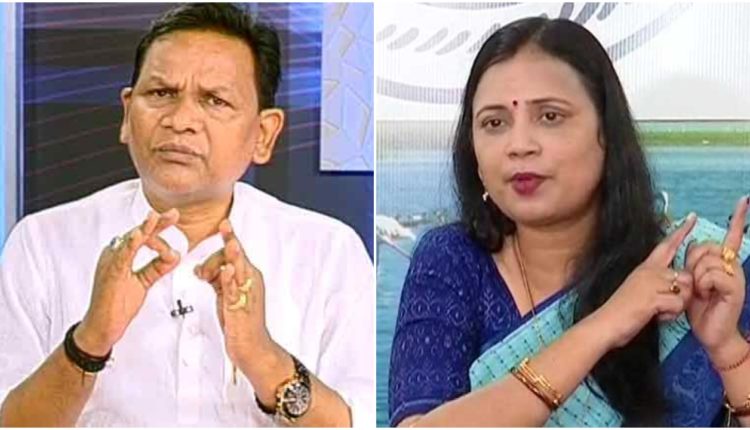 Bhubaneswar: The BJP on Wednesday came down heavily on the ruling BJD over the deteriorating law and order situation in Odisha in the wake of the murder of a saffron party leader in Cuttack district preceded by that of a minor girl in Nayagarh district.

Referring to the minor girl’s murder, BJP leader Pradipta Kumar Naik said the ruling of the Special POSCO Court that the accused is a minor has thoroughly exposed the intention and efficiency of the Special Investigation Team (SIT) of the Crime Branch.

“The question is why the SIT chief Arun Bothra tried to prove the accused as an adult when his birth certificate and Matriculation certificate clearly state that he is a minor? For furnishing wrong information to the court and keeping the accused in the jail, the SIT chief has grossly violated the law of the land. He should be booked and a criminal case registered against him,” Naik said.

He also wanted to know under whose direction the SIT is trying to make the accused a scapegoat while shielding the culprits against whom the parents of the minor girl have lodged a complaint.

Stating that the SIT has overlooked the allegation of the girl’s parents on the organ trade racket run by a close associate of minister Arun Sahu, the BJP leader asked who had given permission to the SIT chief for the bone ossification.

“The girl’s parents are in no mood to accept the mode of investigation of the SIT which has lost the confidence of the people. It is now clear that the SIT is telling new stories every day to keep the organ trade under wraps,” he pointed out.

On the killing of his party leader Kulamani Baral in Mahanga, Naik alleged that the BJD men, who were involved in the murder of Bikash Ranjan Jena in the same region two years ago, have murdered him at the instance of their party MLA.

Reacting to the statement of Naik, BJD spokesperson Sulata Deo said the saffron party is indulging in cheap politics and politicising the incidents of crime knowing well that the BJD government has always taken stern action against crime and the criminals.

Maintaining that the BJP has been indulging in false narratives, she said following the alleged murder of a woman school teacher in Tikiri in Rayagada district, the BJP had given ticket to the accused in the case to contest the election.

Referring to the minor girl murder in Nayagarh district, Deo said it is shocking and ridiculous that the BJP is raising doubts over the SIT investigation. “By questioning the Narco test, does the BJP want to decide which test should be conducted on the accused? If the party has any evidence, let it produce the same in the court,” she said.

Talking about the Mahanga double murder case, Deo said the government is committed to trace the culprits and take exemplary action against them.

On the BJP’s comment on law and order situation in the state, she said as per the data of the National Crime Records Bureau (NCRB), the political murders in the BJP-ruled states like UP, Bihar, MP and Karnataka are much higher than Odisha.

“By politicising the criminal cases, the Odisha BJP is showing its insensitivity as it has no genuine issues,” she added.

After Months, Chance For A Wardrobe Makeover At Bhubaneswar Handloom Fair ‘Cottonfab’