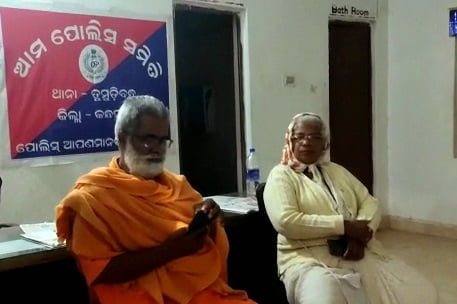 The team will visit the kanyasharam and interact with the inmates. Later, it will meet the local police.

Earlier on Saturday, the kanyashram chief, Swami Jivan Muktananda Puri, had lodged a complaint at Tumudibandh police station after receiving two threat calls from a person who claimed to be a Maoist.

As per the complaint, the swami had received a phone call from the unknown person around 5.30 pm on Friday. The caller threatened to kill him and blow up the ashram.

He again received another threat call from the same person around 9 am on Saturday.

Asked about the complaint, police said efforts are on to trace the unknown caller. Besides, security has been beefed up in and around the kanyashram with 24-hour patrolling in the area.

It may be recalled that a group of 30-40 armed Maoists wearing masks had barged into the Kanyashram during Janmastami festival on August 23, 2008, and killed the founder Swami Laxmanananda Saraswati and four of his disciples.

Police later arrested the Central Committee and Politburo member of CPI (Maoist), Ashutosh Tudu in March 2009 for the murder of Swami Laxmanananda.

JMFC Court Opens In Tumudibandh Of Kandhamal District In…