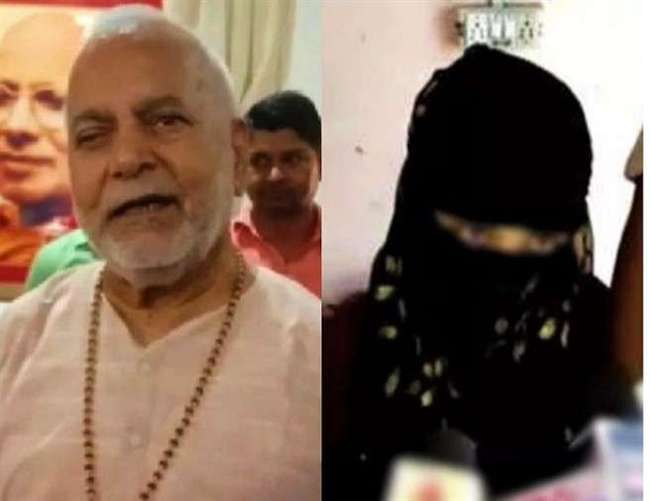 Shahjahanpur (UP): BJP leader Chinmayanand, who was accused of rape by a law student, was arrested on Friday morning. He was produced in a court and remanded to judicial custody for 14 days.

Chinmayanand’s arrest came five days after the complainant detailed what she said was a year of sexual assault and blackmail before a court and close to a month after the allegations first surfaced, NDTV reported.

The politician has not been charged with rape, but the milder charge of “sexual intercourse not amounting to the offence of rape”, according to his lawyer. The police have not confirmed this charge, which carries a punishment of up to five years in jail and a fine. He has also been charged with stalking, criminal intimidation and wrongful confinement.

Before his arrest from his Mumuksha Ashram, Chinmayanand, 73, was taken in a senior police officer’s car to a local hospital on Thursday after he complained of “uneasiness and weakness”.

PM Modi Says Thank You To 3 Koraput Sisters; Here’s Why