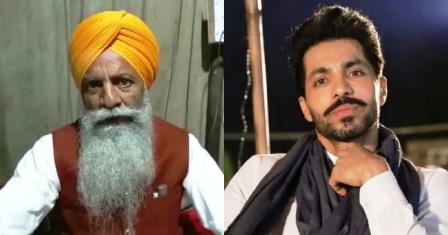 New Delhi: Haryana’s farmer leader and Bharatiya Kisan Union (BKU) president Gurnam Singh Chaduni has alleged that Punjabi actor Deep Sidhu is misleading the farmers. He blamed Sidhu for the incident that took place at the Red Fort on Tuesday.

“What he (Sidhu) has done today is very condemnable. We had no programme to visit the Red Fort. He went there as a rebel and he misled people. We did not know that Sidhu would go to the Red Fort,” Chaduni was quoted as saying in a video message by news agency IANS.

According to Chaduni, the actor has been building strongholds for a long time and has been instigating farmers against their leaders.

While condemning the violence on the Republic Day, the BKU chief said that the farmers’ movement is not a religious movement.

Continuing protest for last two months against the newly introduced farm laws, farmers were allowed to take out tractor rally in the national capital on Tuesday. However, by not following the prescribed routes, the farmers reached Red Fort and crated mayhem after attacking the cops.

ALSO READ: Sasikala To Walk Out Of Jail Today