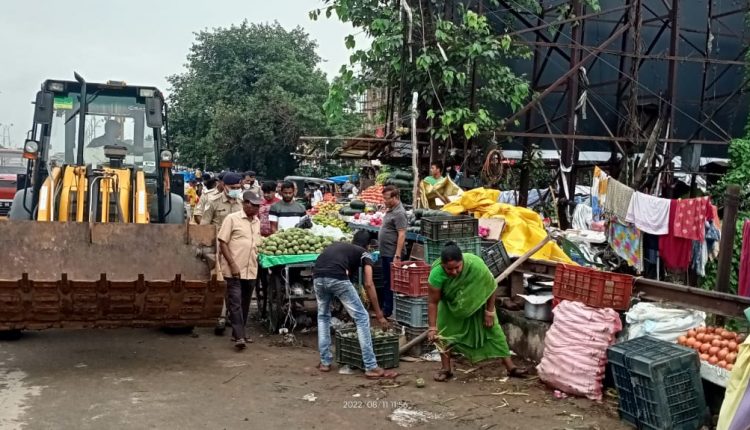 Considering heavy rush of vehicular traffic on the road, the BMC launched the drive along with Bhubaneswar Urban Police. The vendors selling fruits and other materials from temporary stalls and push casts on roadside were evicted during the drive. While the temporary stalls were demolished with bulldozer, the hand carts were shifted by toeing vehciles.

The BMC, in a release, said the drive was necessitated as the movement of vehicular traffic was being affected due to the congestion caused by the vendors.

Stating that the municipality aims at making the city congestion-free, the BMC said the joint eviction drive will be made more vigorous in future.