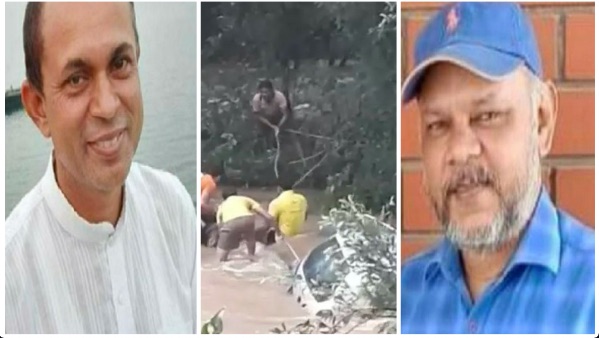 Sambalpur: Two bodies were recovered on Sunday from a car that was washed away in floodwaters at Naktipali area of Kuchinda block in Odisha’s Sambalpur district the previous day.

The deceased have been identified as Tapas Nayak and his brother-in-law Pratap Patel of Gunduruchuan village.

According to sources, the car was swept away in strong currents while they were crossing a bridge on Nakatipali canal in Kuchinda, which was flowing above 2-3 feet due to the heavy flood in the river system in Sambalpur triggered by incessant rain.

Nayak and Patel were stuck inside the vehicle and search operations continued to rescue them. However, the bodies were recovered by the fire service personnel with the help of locals this morning.

Odisha: 70 Rescued In Daring Night Ops From ‘Washed Away’ Boat In Mahanadi