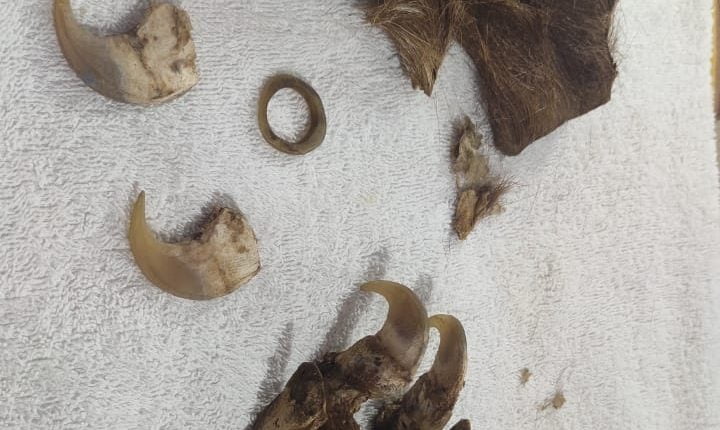 Sambalpur: The body parts of several wild animals including leopard, wild dog and pangolin were seized during a raid by Wildlife officials on Thursday.

Speaking to media persons, here, Anshu Pragyan Das, DFO, Hirakud Wildlife Division said on the basis of reliable information, the raid was conducted by officials of the division along with the police. The joint team seized several articles belonging to Schedule-I species of wildlife and arrested the middleman in the illegal trade, Akash Agrawal of Sambalpur.

The seized articles recovered from Agrawal included 4 leopard nails, leopard claw, skin and hair of wild dog and ornaments made with pangolin scale.

The DFO said Agrawal was selling the leopard nails in the name of tiger nails to the people at a cost of Rs 5000 per piece.