Bollywood’s Women Protagonists, A Force To Reckon With 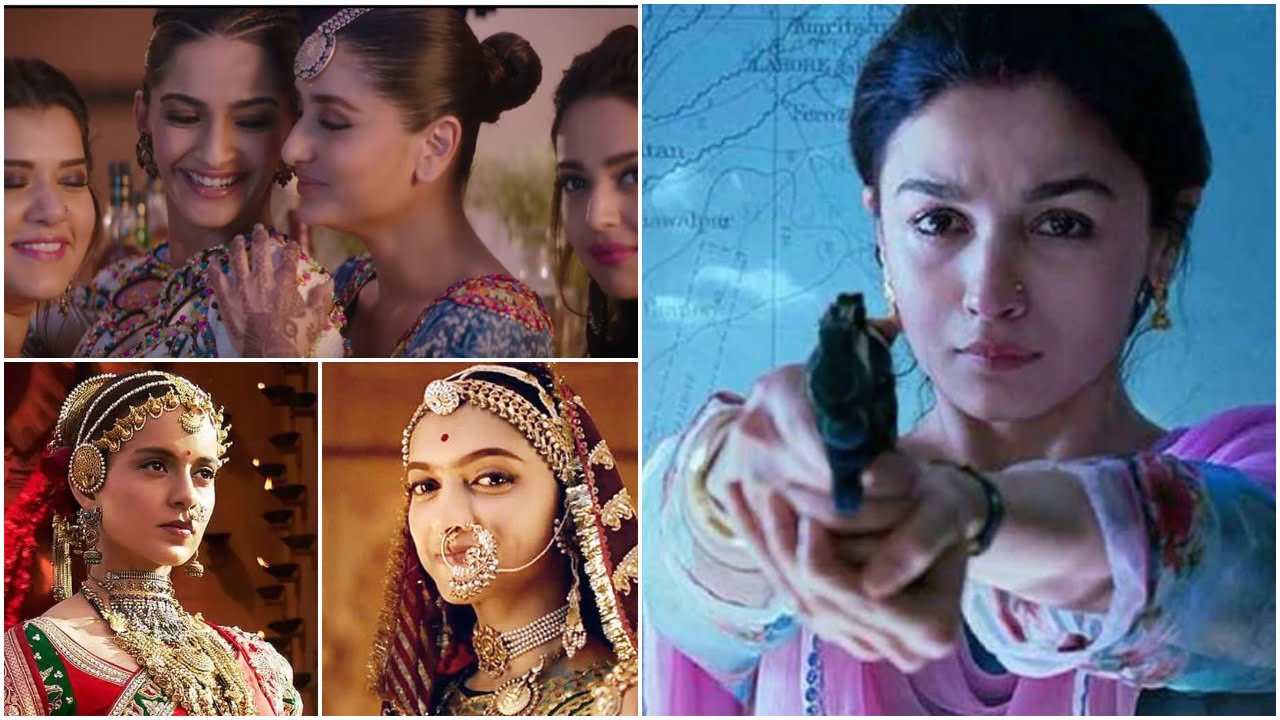 Does Bollywood affect how society behaves with women or does it just mirror the same? Or is everything we see in the movies just the product of a creative license taken too seriously by the audience, the censor board and self-appointed moral guardians?

The answer could lie somewhere in between, even as more and more movies today have a woman playing the protagonist. A movie’s success no longer depends on the quintessential hero as was the case in the 1970s and 1980s when women were at best shown as whimpering doormats. Female leads such as Kangana Ranaut, Priyanka Chopra, Kareena Kapoor, Deepika Padukone and Alia Bhatt have carried entire movies on their shoulders and most of them have been blockbusters.

There was Queen, in which Rani, played by Kangana Ranaut, decides to go on a honeymoon all alone after Vijay, played by Rajkumar Rao, tells her a day before her wedding that he is not interested in marrying her any more. A far cry from the umpteen movies, in which the female character’s role is almost always predestined, to dance around trees with the male actor and ultimately marry him.

Before her, Priyanka Chopra had done it in Fashion (in which Kangana Ranaut also had a parallel role). She chooses the career of her choice, reaches the pinnacle of success, fails and rises again like the Phoenix.

Movies such as English Vinglish and Mom (Sridevi played the lead in both), portrayed the strong and quiet determination of a woman who faces scorn and rejection.

There have been other movies too, which touch upon the sensitive topic of female sexuality. Some of the movies in this genre were Lipstick Under My Burkha and Parched and the latest, Veere Di Wedding. Pad Man and Toilet Ek Prem Katha were revolutionary because they touched upon the topics of female menstruation and lack of toilets for women, subjects considered taboo.

Biopics on women are a big draw today, be it Manikarnika, Mary Kom, Padmavat, Razzi or the upcoming movie on south film industry’s adult star, Shakeela. Before this a film on Silk Smitha, The Dirty Picture, in which Vidya Balan played the lead role was a huge success.

The controversy over nepotism apart, the fact is that there has been a radical change in the way women are being viewed in the industry. Scripts are being written for them, roles are sketched for them and the best part is that the producers and distributors bet their money on a women-centric film.

It may be argued that there is a difference between reel life and real life. Be that as it may, it cannot be denied that ripples of change are visible in real life. Soon it will become a huge wave and then a tsunami!

All this at a time when the leader of a major ideological organization says women should be just housewives and husbands should be the breadwinners. What is he talking about? We are living in an age where women are leading from the front in the defense services, in the police, in politics, education, business and what have you.

Jingoism & Hate-Fest: Time To Save Patriotism From Patriots