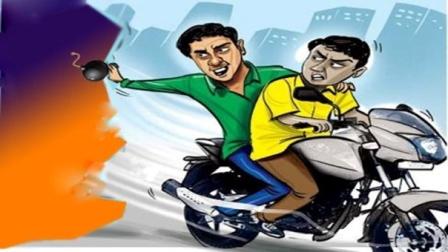 Bhubaneswar: A manager of Indian Oil Corporation Limited (IOCL) and his driver were injured after unidentified miscreants hurled a bomb at his car near Madhurikund Tarini temple in Jatani in Khurda district on Thursday evening.

According to police, two bike-borne assailants threw the bomb and then escaped from the spot.

Following report of the incident, the Bhubaneswar DCP reached the spot and launched an investigation.

Though the exact reason behind the attack is yet to be ascertained, police suspect it to be a fallout of black marketing and illegal extraction of oil.

Also Read: Three Of A Family Injured In Bomb Explosion In Khurda