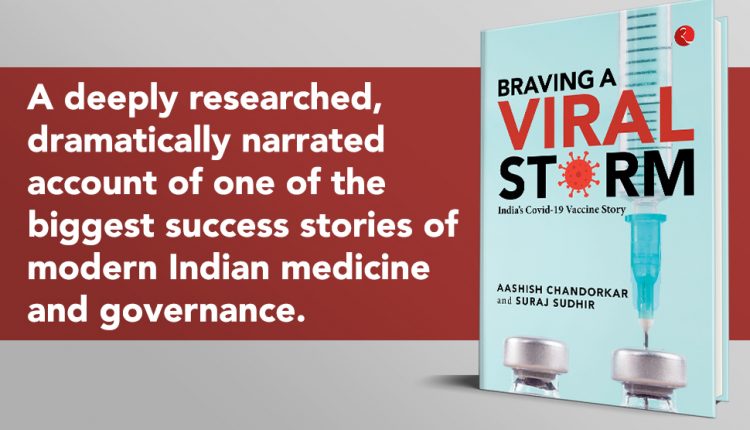 New Delhi: A book on India’s successful battle with COVID, titled ‘Braving a Viral Storm, India’s Covid-19 Vaccine Story’ is slated to be unveiled by the Union Health Minister Mansukh Mandaviya next week. Written by Aashish Chandorkar and Suraj Sudhir it has been published by Rupa and shows that PM Modi had envisioned CoWIN as early as May 2020.

Retired IAS officer Ram Sewak Sharma was relaxing at his ancestral village in Firozabad in Uttar Pradesh when he received a call from Prime Minister Narendra Modi on January 7, 2021. The PM mentioned his earlier conversation with Sharma from May 30, 2020, regarding the roll-out of a technology for the smooth running of Covid-19 vaccination in India, and promptly recalled Sharma to Delhi to join the team that launched the CoWIN platform, the book relates.

The former chief of the Unique Identification Authority of India (UIDAI) which had launched Aadhaar, Sharma was the Chairman of the Telecom Regulatory Authority of India (TRAI) when the PM met him on May 30, 2020. “At this stage, there were no vaccines and no plan for a national vaccination drive. But the government was cognizant of challenges that a nationwide vaccination drive would face in execution. There was also a keen belief that use of technology could potentially help…” the book mentions.

According to the book, Sharma made a presentation to the PM at the May 30 meeting, stressing the Aadhaar-linked record of vaccination. What the government wanted also was a citizen-facing platform. The government repurposed its eVIN platform and tested it in more than 700 districts before the launch of CoWIN. The book mentions sensing that the technological backbone would need more robustness, PM decided to revive the team that had delivered Aadhaar and brought RS Sharma on board.

“The PM raised issues like the international recognition of certificates and emphasised that India had to be prepared in the best possible manner to ensure that proof of vaccination would not be questioned,” reads the book.

PM made the call to Sharma on January 7, 2021, and by that time, he had retired. Within days, Sharma was appointed head of the empowered group of technology and data management, a member of the NEGVAC administration and also the CEO of the National Health Authority (NHA).

Sharma’s five-member team worked on CoWIN and they put lessons from the Aadhaar platform development to good use for building robustness of the back-end, the book says. “The power of Digital India was proven when it was most required. CoWIN handled the volume of 25 million doses in 24 hours on September 17, 2021 without any glitches. By the end of 2021, India administered 145 crore doses. Each of them was recorded on CoWIN,” the book mentions.