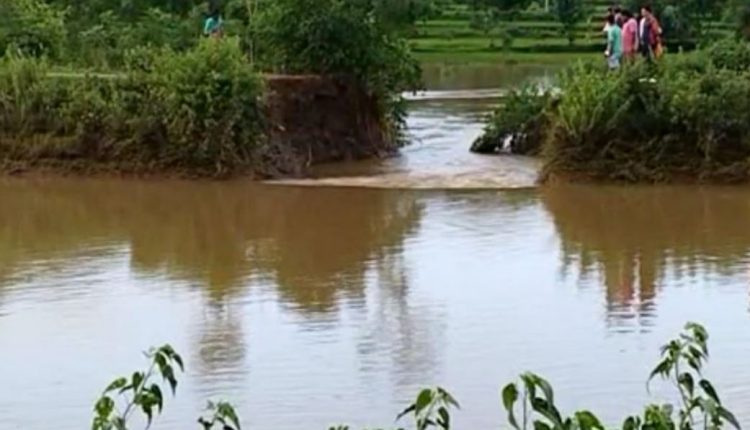 Bhawanipatna: A breach in the left main canal of Indravati reservoir in Jaipatna block of Odisha’s Kalahandi district inundated agricultural land and low-lying areas on Monday.

The 15-feet breach, which is stated to have developed in the canal embankment late on Sunday night near Dangaripada village, flooded nearby villages besides causing extensive damage to the standing crops on hundreds of acres of agricultural land, sources said.

The breach reportedly caused severe damage in Prajanagafeni village as the gushing water submerged vast areas. The canal water gushed into the paddy field and low-lying areas of several villages.

After getting information, senior officials of the Water Resources Department rushed to the site to take stock of the situation. Efforts were being made to repair the breach as soon as possible, they said, adding that the Mangalpur gate was closed to check the flow of water.

Claiming that the breach occurred due to the absence of lining of the canal, locals said such incidents have become an annual affair because of lack of proper maintenance by the authorities concerned.

They said the breach in the canal embankment has compounded the woes of the farmers who are already reeling under severe losses suffered due to the heavy rainfall and floods last month.

Meanwhile, a report from Paralakhemundi said that Gajapati district witnessed heavy rainfall over the last two days. and at least five houses collapsed at Kujasingh panchayat under Gumma block.

It said Maghajara village in R Udayagiri block is under two feet of water due to torrential rain, while rainwater has entered several villages at Nuagarh block.

Spurt In Cases Of Scrub Typhus In Western Odisha; Know The Disease