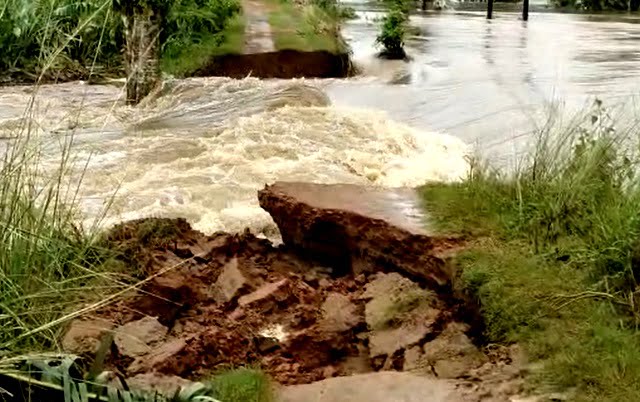 Jajpur: The floodwater of Brahmani has entered several villages in three panchayats of Jajpur district following three breaches in the embankments.

Besides, the floodwater entered several villages in Bandhadiha panchayat after a breach in the embankment at Kandia village late on Tuesday night.

Paddy crops on hundreds of acres of land have also been damaged in these three panchayats.

6 More Die Of COVID-19 In Odisha; 2 From Bhubaneswar