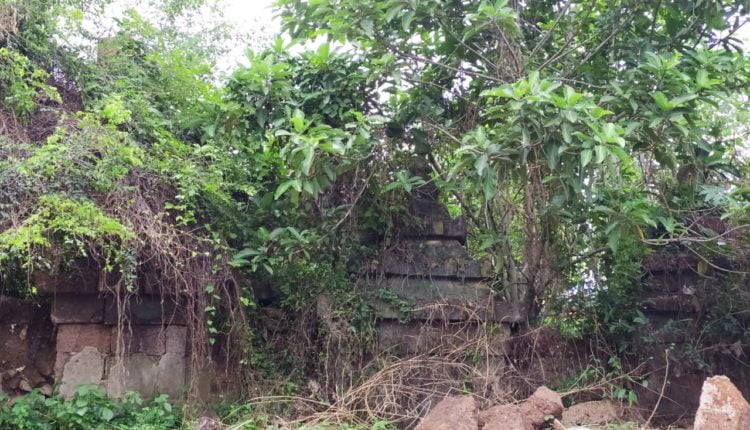 Bhubaneswar: Scholars and historians have called for the protection and renovation of 16 old Samadhis (graves) of the Siva Tirtha Mutt in the Old Town.

The Samadhis, half-buried under rubble and vegetation, had been forgotten and encroached from all sides. But for timely intervention after historian and heritage expert Anil Dhir reported their existence to the Archaeological Survey of India (ASI), the historical mutt would have been buried under the debris of six buildings that were slated for demolition.

According to Dhir, these groups of Samadhis are of the earlier Mahants of the Siva Tirtha Mutt dating back to the late 11th century and are contemporary of the Lingaraj Temple. The Mutt had many responsibilities in the day-to-day affairs of the temple. Various religious functions were assigned to it, including Rukuna Rath Yatra.

The set of 16 Samadhis, set in a straight line, are a chronological record of the history of the Mutt and the Lingaraj temple. “These Samadhis are a timeline of history, ranging from 12th century to 20th century. All of them have small Shivalings but two were stolen a few years back,” Dhir said.

Scholar Dr Biswajit Mohanty has reiterated the need for a Heritage Affect and Impact Assessment Report by experts before undertaking any renovation projects in ancient religious and heritage sites. He said that wanton destruction of culturally significant structures was tantamount to criminal trespass and vandalism.

AB Tripathy, State Convener of INTACH too is of the opinion that these Samadhis have a lot of historical and heritage value and can be restored with conservation. He said INTACH will extend its expertise, if necessary.

Both the Archaeological Survey of India and the State Archaeology were unaware of these ancient Samadhis. Earlier, Dhir had raised the matter of the Budha Ganesh Temple which was slated for demolition after removing the idol to a nearly school. After a hue and cry was raised, the authorities relented and retained the temple as a roundabout in the proposed road.

TikTok Estimates Loss Of $6 Billion; Here’s How Much Brands Paid & Influencers Made