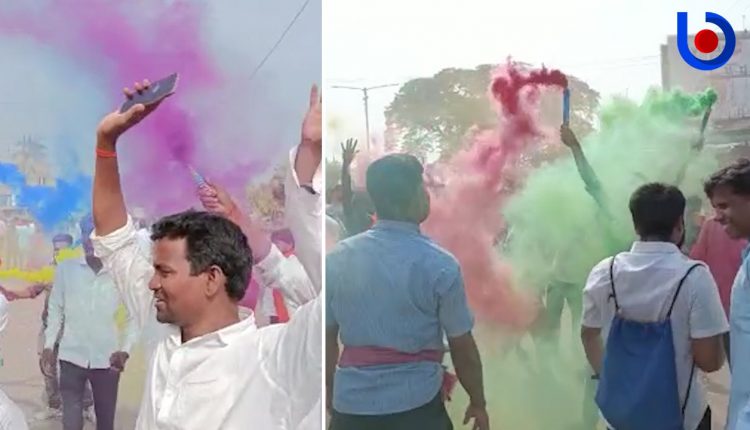 Bhadrak: Celebrations erupted in BJP camp on Sunday with party candidate consolidating his position in Dhamnagar by-election in Odisha by establishing a huge lead over his nearest BJD nominee.

Saffron party leaders and workers burst into ecstasy as BJP’s Suryabanshi Suraj strengthened his lead further by 7,661 votes after the 14th round of counting for bypoll to Dhamnagar in Bhadrak district, saying his victory is now certain.

While Suraj has secured 63,031 votes, his closest rival and BJD’s Abanti Das 55,370. Congress nominee Baba Harekrushna Sethi managed to garner 2,751 votes while 7,147 have been polled in favour of Independent candidate and former MLA Rajendra Das.

Overwhelmed by the lead further increasing after every round of counting of votes, jubilant party workers were seen distributing sweets and dancing across the constituency holding BJP flags and banners.

“I know that the people of Dhamnagar are with me. They have showered their blessings on me. I thank them for extending wholehearted support,” said an emotional Suraj.

In Bhubaneswar, the BJP state party headquarters was bustling with celebrations with party leaders and workers greeting each other and distributing sweets saying Suraj’s victory is now certain.

As BJP workers danced to drum beats, many were seen raising victory slogans holding party flags. “We were confident of victory in Dhamagar. Counting of votes is almost complete and we are waiting for declaration of results,” said a senior BJP leader.

Dhamnagar Bypoll in Odisha: BJP Continues Lead Over BJD After Round 12