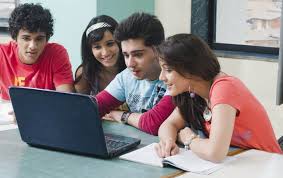 The Ministry of Human Resource Development (HRD) has denied that it wants to monitor the social media accounts of college students through an order to higher education institutions.

The ministry clarified that it asked for students’ accounts to be connected to those of their colleges for sharing of “best practices”, ThePrint reported on Tuesday.

In a circular dated July 3, the HRD ministry’s secretary, R Subrahmanyam, had asked all higher education institutions to name a faculty member to be their “social media champion”. This would connect the institutions with each other as well as the ministry, and help them share their achievements through social media.

The circular did not elaborate on what it meant by “connecting” accounts.

“This step is only for sharing good news,” Subrahmanyam told ThePrint. “Anyone who understands how social media works would know that sharing of Twitter handles would not enable accessing the accounts. This is elementary knowledge.”

Subrahmanyam also said it was not compulsory for students to share posts or follow the institutions’ accounts. “It is only to share good practices by the institutes and motivate each other by best performances,” he said.

Senior ministry officials said the order was an extension of a plan being discussed for some time now to promote educational institutions on social media.

Some students and teachers expressed concerns about the move. Abha Dev Habib, an assistant professor at Miranda House in New Delhi, told News18: “We have websites and other ways to show positive work. Why use the informal spaces? Tomorrow I can be questioned on having certain political views or for criticising the government.”

The All India Students Association accused the government of attempting to have “moral policing” on campuses.

JNU professor Ayesha Kidwai told The Quint: “This is ridiculous, and it is a clear attempt by the government at implementing surveillance on even the personal spaces of students.”