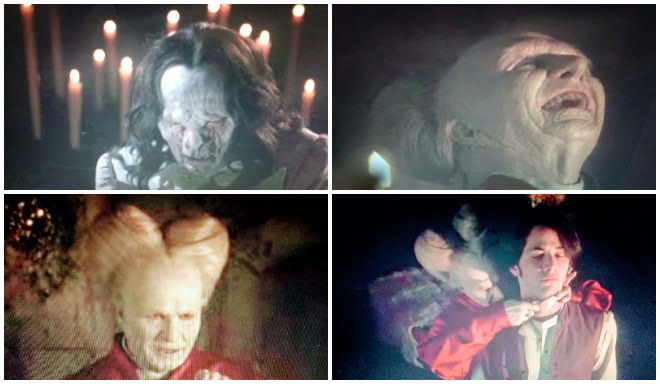 Some literary characters gain much more prominence than their creator. One such creation is Count Dracula (popularly referred to as ‘Dracula’) who was more influential than Irish author Bram Stoker. Today, on Stoker’s birthday (8 November), I am thinking if I knew any of his other books! His Dracula eclipses all his other achievements. What is in this character that has lived since its birth in 1897? The book has heralded a lineage of vampire literature. From then till now, Dracula has manifested in many avatars. At least 98 vampire prose, 58 vampire fiction series, 17 vampire TV series and 8 vampire poems exist. But, surprisingly, Dracula is not the first in this genre. The Vampyre (1891), Varney the Vampire (1847) and Carmilla (1872) published earlier could have served as potential inspirations for Stoker. However, even though there exist 181 incarnations of vampires, Dracula remains the most prominent of them all. He is like their godfather. Nothing better than to revisit the castle of Count Dracula in Transylvania to know little more about him than we already do. Maybe that will give us some clue about his fearsome personality.

When the lawyer’s clerk Jonathan Harker is asked to go to Count Dracula to help him buy a house in London, he has no reason to be even mildly suspicious of what great peril awaits him there. He feels quite welcome on receiving Dracula’s letter:

“My Friend – Welcome to the Carpathians. I am anxiously expecting you. Sleep well tonight. At three tomorrow the diligence will start for Bukovina; a place is kept for you. At the Borgo Pass my carriage will await you and will bring you to me. I trust that your journey from London has been a happy one, and that you will enjoy your stay in my beautiful land.
Your friend
Dracula.”

As Jonathan Harkar is on his way to the castle of Count Dracula, he sees strange reactions among people he meets at an inn where he spends a night. He overhears the words: ‘ordog’, ‘pokol’, stregoica’, ‘vrolok’ and ‘vlkoslak’ among people around him. He looks up his polyglot dictionary to find the meanings: staan, hell, witch, were-wolf and vampire! He is unable to comprehend why they are talking about these things. Everyone seems strangely sympathetic towards him, as if he is embarking on a dangerous expedition: “When we started, the crowd round the inn door, which had by this time swelled to a considerable size, all made the sign of the cross and pointed two fingers towards me. With some difficulty I got a fellow-passenger to tell me what they meant; he would not answer at first, but on learning that I was English, he explained that it was a charm or guard against the evil eye. This was not very pleasant for me, just starting for an unknown place to meet an unknown man; but everyone seemed so kind-hearted, and so sorrowful, and so sympathetic that I could not but be touched.”

When Jonathan reaches the castle at night, everything around is dark and Count Dracula appears all in black. He is unable to study his features closely. Dracula appears fierce and unusual, yet is elegant in his black gown and white hair styled in a quaint, neat hairdo. He speaks impeccable English but yet thinks he needs improvement in his communication ability. Jonathan notices with surprise his weird physical features that don’t seem human enough: “I had now an opportunity of observing him, and found him of a very marked physiognomy. His face was a strong — a very strong — aquiline, with high bridge of the thin nose and peculiarly arched nostrils; with lofty domed forehead, and hair growing scantily round the temples but profusely elsewhere. His eyebrows were very massive, almost meeting over the nose, and with bushy hair that seemed to curl in its own profusion. The mouth, so far as I could see it under the heavy moustache, was fixed and rather cruel-looking, with peculiarly sharp white teeth; these protruded over the lips, whose remarkable ruddiness showed astonishing vitality in a man of his years. For the rest, his ears were pale, and at the top extremely pointed; the chin was broad and strong, and the cheeks firm though thin. The general effect was one of extraordinary pallor. Hitherto I had noticed the backs of his hands as they lay on his knees in the firelight, and they had seemed rather white and fine; but seeing them now close to me, I could not but notice that they were rather coarse — broad, with squat fingers. Strange to say, there were hairs in the centre of the palm. The nails were long and fine, and cut to a sharp point.”

Dracula spearheads all vampirish traits: he sucks blood of humans, he cannot eat human food or drink wine/ water or breathe oxygen, he has protruding teeth, he has pale skin that is abnormally yet uniformly white, he can be warded off with garlic and killed with a wooden stake and beheading him, he appears as wolf, mist and fog, he can crawl like a lizard on walls and his reflection does not appear in mirrors.

Apart from the strange things Jonathan had seen on his way to Count Dracula’s castle, the first shocking thing he hears is he has to stay there for a month and the intimidating tone that Dracula uses to tell him that he would not take no for an answer doesn’t give him the guts to reason with him. The second warning he receives from the latter is not to loiter around his castle and especially not venture to go into the locked rooms or sleep other than in the room allotted to him: “Let me advise you, my dear young friend — nay, let me warn you with all seriousness, that should you leave these rooms you will not by any chance go to sleep in any other part of the castle. It is old, and has many memories, and there are bad dreams for those who sleep unwisely. Be warned! Should sleep now or ever overcome you, or be like to do, then haste to your own chamber or to these rooms, for your rest will then be safe. But if you be not careful in this respect, then”— He finished his speech in a gruesome way, for he motioned with his hands as if he were washing them. I quite understood; my only doubt was as to whether any dream could be more terrible than the unnatural, horrible net of gloom and mystery which seemed closing around me.”
The warning creates a shiver in him. He thinks: “I am all in a sea of wonders. I doubt; I fear; I think strange things, which I dare not confess to my own soul. God keep me, if only for the sake of those dear to me!”
However, Jonathan does get sexually lured by the sexy, women vampires in the castle and lands in a terrible position of having his blood sucked by them. Just in time, he is saved by Dracula. That shows that Dracula did not intend to harm everyone. What was the real intention of Count Dracula to invite Jonathan is not clear. Perhaps, he needed company or maybe the plot demanded him to go there so that Dracula could spot the photograph of his fiancée Wilhelmina (referred to as Mina) that reminds Dracula of his lost love and instils a motive of reuniting with her. But what remains a mystery is why Dracula does not turn Jonathan into one of his kind though he attacks Lucy and Mina.

In the film Dracula (1992) by Francis Ford Coppola, the opening scene shows Count Dracula going to a war and his wife sadly bidding him adieu. Count Dracula emerges victorious but sadly loses his wife who commits suicide on getting a wrong message from the enemy camp that her husband is killed in the war. The anger that emerges from Dracula’s senses on seeing the corpse of his wife makes him stab the crucifix of Christ in the church and there spills blood all over. He screams for immortality and hence turns into a vampire. Coppola presents Dracula as essentially a story of lost love. He humanises Dracula and portrays him in tears in many scenes in the movie where he sees Mina and remembers his wife (soulmate). Coppola’s Dracula can be sympathised with. However, Stoker does not involve this love angle in his book. Dracula has been presented from more fierce aspects in popular culture, his chief intention being to spread the lineage of the ‘undead’.

In the eastern folklore, the ‘vetala’ (also known as ‘Betal’) is similar to the brand of vampire yet somewhat different. Like vampires, a vetala also sucks the blood of humans by entering the body of a corpse. A vetala is basically a corpse that is ‘undead’. He can take many forms including that of a bat. He is mischievous, can drive people insane and pose danger to them. However, a vetala is intelligent and has uncanny knowledge about the past, present and future. Unlike a vampire, a vetala doesn’t enjoy turning humans into their breed or enslaving them.

Common People Will Have To Wait Till 2022 For COVID-19 Vaccine Shot: AIIMS Director