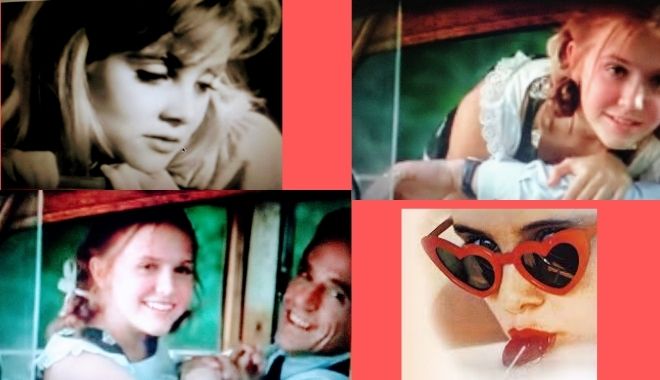 Today is December 6 – the day on which Vladimir Nabakov finished writing his famous novel ‘Lolita’ in 1953. Little did he imagine his book would become so controversial and his character Dolores Haze (nicknamed as ‘Lolita’ and also called ‘Lo’) would often be mercilessly quoted as the ‘immoral sexually promiscuous pre-teen girl’ without alluding to her victimization or sexual subjugation. The Cambridge dictionary explains Lolita as: ‘a young girl who has a very sexual appearance or behaves in a very sexual way.’ Other dictionaries give the meaning of Lolita as: ‘a young girl who dresses seductively or provocatively’, ‘a sexually attractive or sexually provocative female under the age of sexual consent’, ‘a sexually precocious young girl’, ‘a young girl who is sexually alluring’ etc. Many characters are misunderstood. Like Romeo. Like Juliet. Like Frankenstein. And several others. Words alluded to such literary characters are often used to describe certain aspect of a person chiefly due to the half-baked knowledge of the user. One such highly misrepresented character is Lolita.

Lolita was published in 1955. The book drew extreme reactions. While Graham Greene called it one of the three best books of 1955, editor of London Sunday Express described it as ‘the filthiest book I have read’. Between varied opinions, the book created several controversies. Of late, it has gained acceptance as a book that not just dealt with child sexual abuse, but also for the sensitive portrayal of Lolita’s suffering. However, conjectures (especially on the ground of morality) on the book and the character of Lolita continue.

What is interesting is though most critical reviews mention that Lolita was repeatedly raped by her stepfather Humbert Humbert, a Professor of Literature, the portrayal of Lolita in the 1997 movie adaptation by Adrian Lyne is quite different. In this movie, Humbert’s begins having sexual relations with Lolita after her mother dies. She is back from her hostel and she suggests to Humbert that ‘they try out that naughty trick’ which she experimented with Charles at her summer camp. Though Humbert lusted for Lolita right from the day he happened to see her, when he decided to move into their house on rent, he is not shown to make any sexual overtures towards her. It is Lolita who is often seen to come and sit on his lap or kiss him suddenly and passionately on his lips. It is depicted that she has some sort of crush or fascination with him, if not the kind of obsession that he might have developed for her. Thereafter, whenever any sexual relationship between the two takes place, there seems to be mutual consent with Lolita often taking the initiative whether it is to manipulate Humbert or for money or ‘things’ that she might want or permission for participation in her school play. Later when Lolita leaves Humbert and marries Dick and is in financial crisis, she writes to her stepfather Humbert to help her out with at least 200 or 300 dollars. She is pleasantly surprised to get 4000 dollars from Humbert, who is happier because that helps him trace her location. Her being pregnant at that point in time with Dick’s child does not change his feelings for her (which he acknowledges has now turned from lust to love as well). It is surprising there is no anger or hatred or shame associated with Lolita when she sees her stepfather who was supposed to have held her as a ‘sexual captive’ all these years. It is slightly complex to understand Lolita. Was it Stockholm Syndrome, then?

Whatever the case, the question of ‘consent’ becomes paramount in Lolita. True, there is the mad obsession of Humbert for Lolita, but not even once does he force himself upon her. If one assumes Lolita does what she thinks best in the situation that she is hurled into after her mother’s death, what about her sexual advances towards Humbert when her mother was alive? So, would it be right to understand the dictionary meanings of ‘Lolita’ in this context? Or, was it her coping mechanism with a man on whom she was financially dependent? Was Lolita traumatized? Was she suffering? The ‘guilt’ of Humbert on meeting Lolita after her marriage and pregnancy perhaps brings out the vulnerability of Lolita. Maybe, Lolita thought the only way to lead a comfortable life was to appease Humbert’s sexual cravings and get access to his money. But she did run away when she got a chance – that can be indicative of her unhappiness

High Court Hears Petition After A Gap Of 23 Years!

Sunday Poem: You In Me