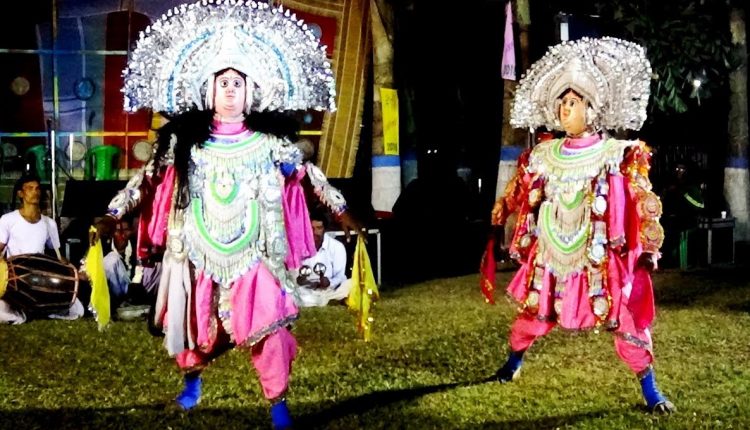 Bhubaneswar: In a move towards setting up ‘Chhau Academy’, the Odisha government has initiated steps to compile a comprehensive data of artistes, scripts of the dance form and training centres in Mayurbhanj district.

During a review meeting on the proposed dance academy, Director of Odia Language, Literature and Culture department of the State Ranjan Kumar Das, on Thursday, directed Mayurbhanj district administration to prepare a data bank of the resources.

Das told district collector Vineet Kumar Bhardwaj to ask the department officials to expedite the process of mapping the resources, training centres and trace the age-old scripts of the centuries old dance form. Before to 2019 general elections, chief minister Naveen Patnaik had promised that the government would set up the Chhau Academy.

“It is important to find out the existing Chhau gurus, artistes and accompanists and the number of Chhau dance troops besides the training centres,” TNIE quoted Das as saying.

According to the district Culture wing, out of 250 training centres and 210 Chhau dance troops, which existed earlier, 15 to 20 are presently functional in the district including Uttar Sahi and Dakhin Sahi. “At least 50-60 types of the dance form were performed over the years but those have now reduced to 20-25 types that we perform during three-day spring festival every year,” said the members of dance troops.

As per the government plan to promote the Chhau dance, dancers, gurus and musicians would get support as per the rules besides setting up the academy. “The government has been prioritising preservation of art, culture and literature and wants to generate more dancers, gurus and musicians to boost the Project Chhauni. Besides, diploma and degrees in Chhau will be provided by the Odisha Sangeet Natak Akademi,” Das said.