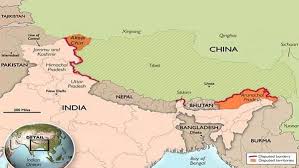 According to a DW media report, the Sky Map users recently found that Beijing’s National Surveying and Mapping Geographic Information Bureau, which develops the map, has refreshed China’s guide, including India’s Arunachal Pradesh in it.

Some Sky Map users’ attention was also drawn towards China’s updation of geographic information at the ‘county’ level.

The report said, “The county boundaries of some counties clearly transcend the red colour marked 1989 edition of the national border, especially in Tibet area bordering Bhutan and India.”

In 1913-14, the north eastern state of India on the fringes of Tibet was a part of British India. However, in 1938 it was drafted in India following the McMohan Line’s establishment bordering India and Tibet.

Thus, China continues to count it as their territory.

Twitter CEO Opens Up On Changes; Check His Long Thread