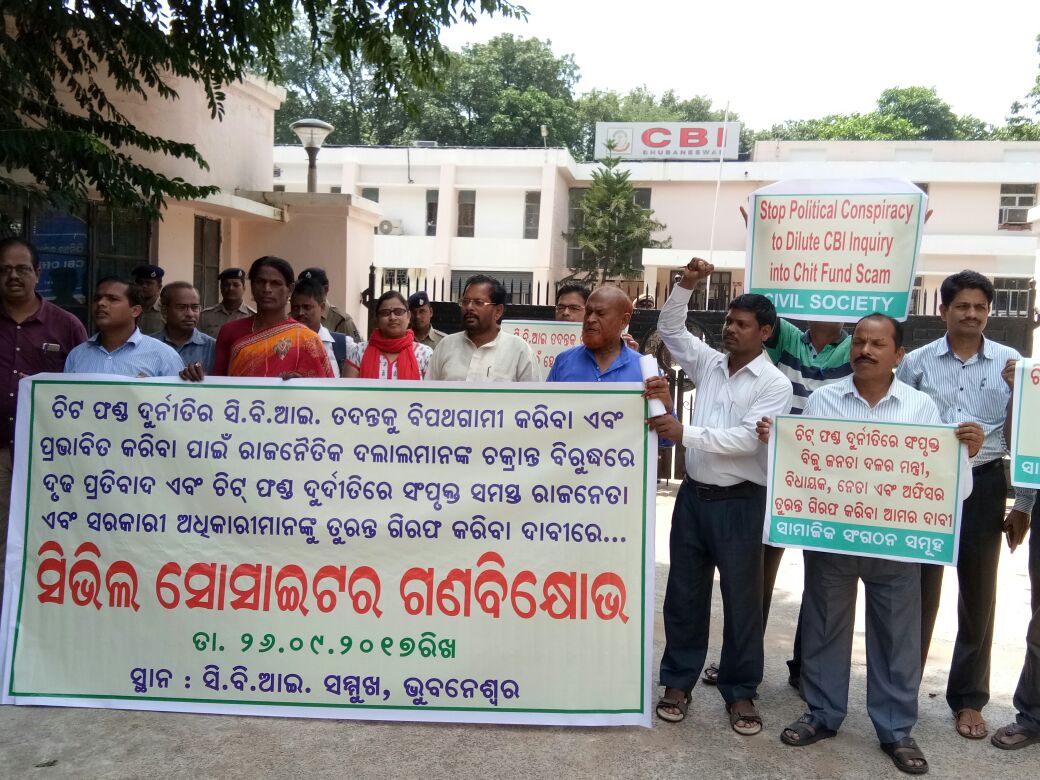 “Political parties have been misusing the CBI for their own interest and gain. Using various tactics, they have intentionally slowed down the investigation into the multi-crore chit fund scam. Therefore, we demand expeditious probe by the central investigating agency and immediate arrest of political leaders and government officials involved in the scam,” said RTI activist Pradip Pradhan.

The CBI recently arrested Cuttack-Choudwar MLA Pravat Biswal for a land fraud involving Seashore Groups of Companies, one of the 44 Ponzi firms probed by the central investigating agency since May 2014 following a Supreme Court order.