Classic Literature: To Read Or Not To Read 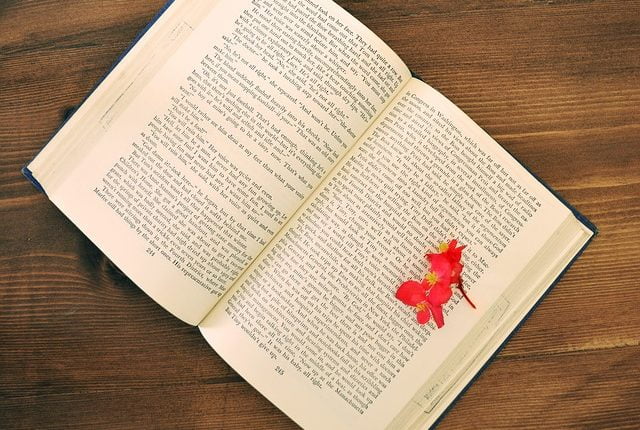 It’s spring! The weather is balmy and conducive for long walks. As I hike along the walking trails around the countryside, I often listen to a multitude of interesting podcasts to keep me company. Recently, I started listening to a narration of Dracula by Bram Stoker for a change, instead of my usual fare. It was an impulsive and unexpected decision, given that I am generally a purist with a penchant for reading a book rather than listening to a narration. However, when I stumbled across Dracula, I realised I had last read the original in my late teens. While the various adaptations of movies and TV series I have watched since do keep the story fresh they are from the director’s viewpoint, not mine. I decided to relook at it with a different and hopefully more mature perspective, given the passage of time.

It is generally ascribed to as vampire literature or a gothic fiction classic, so I was mentally primed for the blatant fantasy, the archaic language of the late 19th century or even the historical and culture references set in a different era. Afterall, an average person has to have an open mind if they are reading a story about an undead person living off sucking blood from the ones alive and subsequently converting them into the undead too. I also do not have to hail the mastery of the Irish author in being able to weave this fantastic tale that has endured through centuries or inspired so many spinoffs, both written and visual.

My mental preparation still did not prevent me from trying to shake my head when I read about things like Lucy Westenra being given blood transfusion from four different people without testing for blood group, when she lost blood. I thought she probably died from the aftereffects of incompatible blood, rather than the vampire drinking it. I laughed it off as lack of scientific progress.

However, the most difficult part to digest was neither the fantasy nor the science but it was the barefaced sexism almost woven throughout the story that riled me up. A trivial comment like the character Mina, a very intelligent and capable lady, being told she has a man’s brain made me pause the narration and take a fortifying breadth.

I am fully aware that it is set in a different era but it made me stop and contemplate whether I wanted to read this classic again or even any other for that matter. It also reminded me of the ongoing debate around if we should study classics at all. Should we expose the young generation to these old times with their outdated views or rather teach them contemporary stories that reflect current social norms? Should we include the plays of Shakespeare as part of the curriculum, currently taught not just in schools and colleges but even in life coaching lessons?

My much-loved English teacher, a sage woman indeed, used to often remind me to never take anything at face value, be it a poem or prose, to always dig deeper and try to understand the emotions that were being conveyed by the author. We most likely will neither agree nor even relate to what is happening in the pages of a Dickensian novel, when we read the book at face value but beyond the story lies the human emotions that are universal and never fade with time. We have to accept that it is a different world to ours, sometimes as removed as a fantasy. So, we just go with the flow, be it the racial comments with 200 repetitions of the N word in Adventures of Tom Sawyer or the casual racism in a play like Othello, the anti-Semitism in Merchant of Venice or sexism in my current read Dracula among others and try to decipher the underlying threads of emotions that are triggering the actions of the characters. Even an amateur detective will tell you the why is always more worthwhile than the how after all.

When we manage to look past the language, classic literature provides us with a front row seat to the past, a historical perspective of not only the events that happened but also a reflection of the socio-economic culture of the time. Afterall has anything changed in terms of the fundamental construct of our society over the centuries? The labels in the social hierarchy may have altered but a hierarchy still remains.

The classics remain ageless due their universal themes around human emotions which have existed since we evolved. We still love fear and hope. We admire courage, trust people, abhor violence, punish sins like theft and act irrationally when angry or jealous. Yes, the accepted language and decorum may have evolved over time but the fundamental morals of the society have mostly remained unchanged, along with the horrors.

Let’s take Othello for example, if we can accept the racism as a lesson on how not to behave, it still teaches us about the consequences of harbouring hatred, jealousy, betrayal and revenge. There is a reason Shakespeare’s plays are used as tools to study about ethics, emotional intelligence and leadership in some of the leading business schools. The lessons in those plays are as relevant today, as they were four centuries ago.

This perceived flaw is not just limited to classic novels but other works including children’s literature too. Take the recent controversy surrounding the latest Disney movie Snow White where Prince Charming kissed her while she was sleeping to wake her up, a “true love’s kiss” apparently. It forms an integral part of both the book and the subsequent movie. However, it is raising serious questions around consent. How can she give her consent while asleep and are we teaching it as acceptable behaviour to young kids? Is it better to let kids read the book and educate them about the issue, omit the scene from modern day books/movies or stop reading Snow White and remove all available copies? What is the best approach? With the world and our sensibilities continuously evolving, what is acceptable today may not be so after a decade or even a year, so where do we draw the proverbial line?

On the question of whether we should expose the younger generation to the sins of the past, well why shouldn’t we, if they can learn a valuable lesson from it. They are a well read and socially conscious generation with information at their fingertips. We should educate them and give them enough credit that they can discern the right from the wrong and learn the appropriate lessons.

In fact why deprive us or someone of enjoying a great story just because of our current sensitivity? Literature can act as a window, a looking glass to the past with all its sins and virtues laid bare for everyone to assess and act if required. Shouldn’t we always attempt to learn from our past mistakes?

While some of the old literature is tough to read given our more evolved sensibilities, I believe it also helps us appreciate what we have managed to transform, what we have eradicated and how far we have come. Dare I say it offers us a glimpse into what was wrong and helps us find a more balanced approach in our present.

Given all my contemplation I am now ready to listen to the next chapter of Dracula. I just need to adjust my mind to be more open and tolerant of the follies of the past generations before I press play to resume my immersion into the story of a fantasy and the corresponding emotional threads running through it.