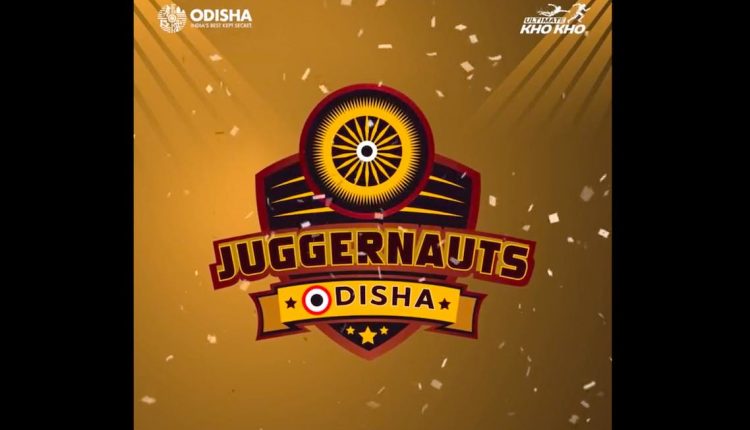 Bhubaneswar: Chief Minister Naveen Patnaik on Thursday launched the logo of “Odisha Juggernauts”, the state team for the inaugural edition of the league Ultimate Kho Kho (UKK), set to kick off in 2022.

Glad to launch the logo of “Odisha Juggernauts” – our own team for the first edition of the @ultimatekhokho. The new team will further strengthen #Odisha’s flourishing sporting culture. Wish the team all success. #AbKhoHoga #OdishaForSports pic.twitter.com/TLu1ap6dzH

The Odisha Sports Development and Promotion Company (OSDPC)-owned team is the fifth franchise in the league. While Capri Global and KLO Sports are owners of Rajasthan and Chennai teams respectively, corporate giants Adani Group and GMR Group are owners of Gujarat and Telangana franchises.

The OSDPC is collaborating with leading steel manufacturer ArcelorMittal Nippon Steel India Limited (AM/NS India) in this second direct sports venture for the government, which also owned a team–Kalinga Lancers–in the Hockey India League in 2013.

It is worth mentioning here that Odisha had won silver medals in both boys and girls categories in Kho Kho during the recently Khelo India Youth Games.