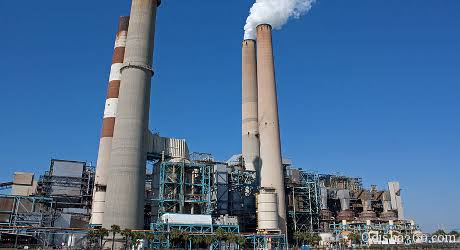 Jharsuguda: The Odisha Power Generation Corporation (OPGC) shut down its second thermal power generation unit at Banharpalli in Jharsuguda district on Sunday night due to short supply of coal.

Talking to mediapersons on Monday, deputy manager (HR), OPGC, Dilip Kumar Panda said that the Mahanadi Coalfields has been providing 10,000/12,000 tonnes since the last one month as against the daily requirement of Rs 24,000 tonnes.

“We had been using coal from our stockyard to bridge the demand-supply gap and run the plant. With a bulk of the stock exhausted, we had no other option but to shut down the second unit of the plant,” he added.

Panda also said that the Jharsuguda Collector had a convened a meeting of senior MCL and OPGC officials and directed the former to ensure supply of the required amount of coal for the plant. “The MCL authorities informed that they will supply 18,000/20,000 tonnes of coal today. But we have decided to close the unit till the MCL meets its daily requirement quota. We have also requested the MCL for additional supply of coal to maintain our stock level,” he pointed out.

Of the four power generation units of OPGC, the first and the second generate 210 MW while 660 MW of power is generated from the remaining two units.

Notably, Chief Minister Naveen Patnaik had dedicated the third and fourth units of the plant to the people of Odisha before the Assembly elections this year.

Holy Month Of Kartika Begins Today, Know The Facilities For Habisyalis In Puri

Land Acquisition A Smooth Affair For MCL In This Odisha…