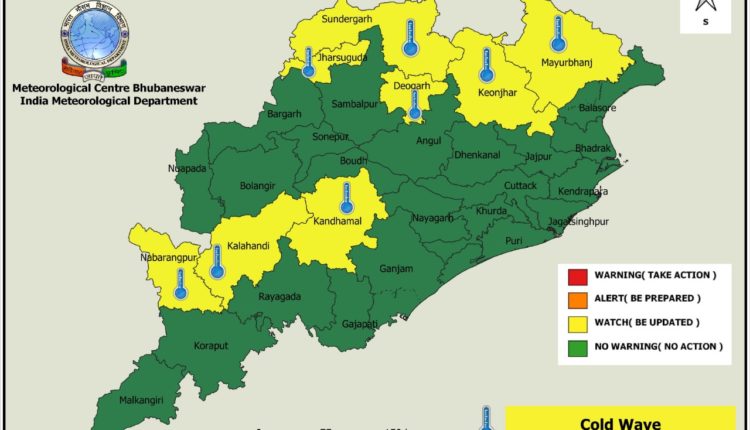 Bhubaneswar: As cold wave conditions continued to prevail at one or two places over the districts of interior Odisha, the India Meteorological Department, on Wednesday, issued a yellow warning for the districts of Jharsuguda, Sundargarh, Deogarh, Keonjhar,
Mayurbhanj, Kandhamal, Kalahandi and Nabarangpur.

The IMD has suggested infants and the elderly avoid prolonged exposure to cold during the night or early in the morning.

The Met department, however, said there will be no large change in minimum night temperature and it will be below normal by 3 to 5 degree Celsius at many places over the districts of Odisha during the next 24 hours. The temperature will rise subsequently in the next 2 days by 3 to 4 degrees.

IMD Issues Yellow Warning For These Dists Of Odisha For Next…