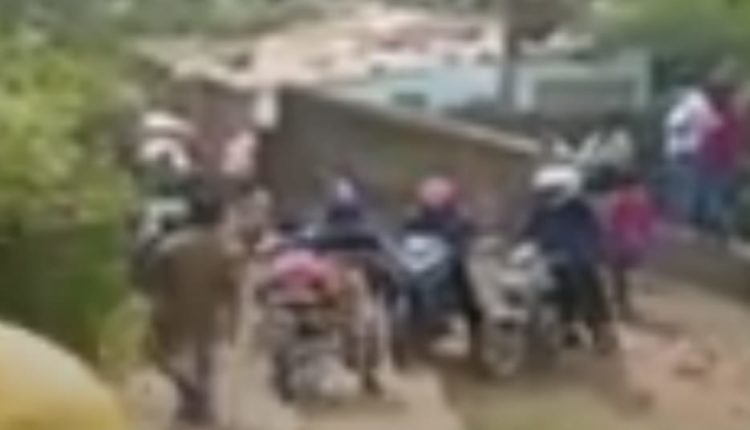 Rourkela: With public transport going off the roads due to Bharat Banch called by central trade unions on Thursday, local youths have found a way to fleece the two-wheeler riders in the city.

The railway overbridge near Bisra Square serves as an arterial road for communicating to opposite extremes of the city. But it wore a deserted look on the day as commercial vehicles including buses and auto-rickshaws stopped plying.

Besides, the members of 10 trade unions, supported by Left and Congress parties, blocked the major junctions and roads by staging dharna and burning tyres. As a result, the people used their two-wheelers for urgent works.

The railway bridge has a side road, mainly for pedestrians. It has stepy s to go down from the bridge or come up. Besides, there is a slide path in the middle of the stairs. But it is not possible to go on a bike or scooter on the slide path.

Since the agitators did not allow the bikers to cross the overbridge, they were forced to use its side road. In exchange of helping the riders go down the path or come up to the bridge, the youths of the slum nearby have fixed a particular amount. They charge Rs 20 for pushing the vehicle to the bridge and Rs 10 for bringing down from the bridge.

According to the locals, it is a regular affair at the place round the year. Whenever there is a bandh call, these youths make some fast bucks in the name of helping the people. While they earn some money, people also do not complain for the paltry amount, they added.