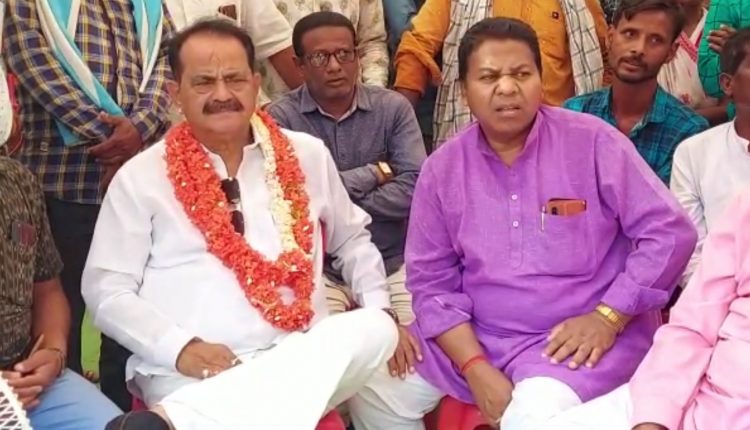 Nabarangpur: Congress legislator of Jeypore Tara Prasad Bahinipati was engaged in a heated exchange of words with a woman BDO, accusing her of indulging in corruption on the plea of belonging to backward community.

The incident took place in front of BDO office at Papadahandi where Congress workers led by zilla parishad member of zone 2 Dr Lipika Majhi were sitting on a dharna in support of their 16-point charter of demands since Wednesday.

Bahinipati arrived there to express his solidarity with the agitating party workers on Thursday. Speaking to media persons, he said Papadahandi BDO Ranjita Mallick was involved in corrupt practices and were harassing innocent people by threatening to arrest them on false grounds.

While the BDO was crossing the agitators to go for lunch, the MLA reiterated the allegation. Reacting to the allegation, Ranjita said she had never claimed to be a member of backward community. Besides, she demanded the MLA to furnish evidence in support of his accusation of corruption against her.

Infuriated over the BDO’s challenge, Bahinipati said, “She does not know how to behave with an elected representative of the people. Despite repeated complaints by leaders of different parties against her, the district administration was not taking any disciplinary action against her.”

This led the BDO to accuse Bahinipati of misbehaved with her with the support of his party workers.

As both MLA and BDO were engaged in hurling accusations at each other, additional collector of Nabarangpur Bhaskar Raita rushed to the spot and pacified them through discussion.

Later, the BDO begged apology to Bahinipati for her behaviour and the agitating Congress workers withdrew their dharna.