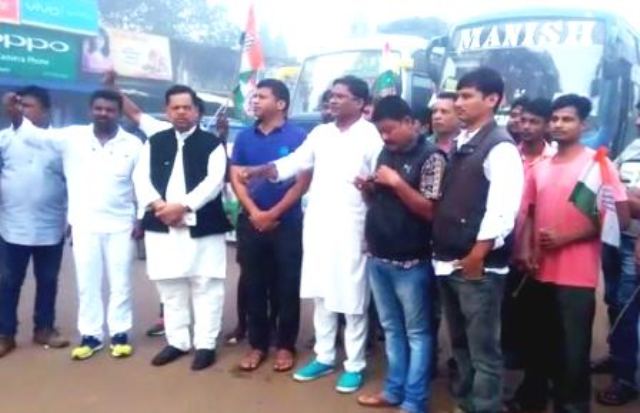 Koraput: The Koraput District Congress on Monday observed a seven-hour bandh in the district demanding immediate arrest of those involved in the gang rape of a minor tribal girl.

Almost all government offices, schools, colleges and commercial establishments remained shut while vehicles stayed off the road owing to the strike.

“We demand immediate arrest of the culprits and stern action against them as it is a very sensitive case. The party will intensify the agitation, if arrests are not made at the earliest,” a senior party leader said.

The Congress has also demanded Rs 50 lakh assistance for the victim and proper arrangement to facilitate her education.

On October 10, four persons suspected to be security personnel allegedly abducted the Class IX student and gangraped her in a forest near Sorispadar village under Pottangi police limits. The girl is undergoing treatment at Kunduli health centre and is reportedly out of danger.

On the other hand, the Maoists are also observing a 12-hour bandh in the district today protesting against the incident. The rebels had earlier denied involvement in the alleged gang rape.

Labourer Crushed To Death At Jute Mill In Odisha’s Dhenkanal