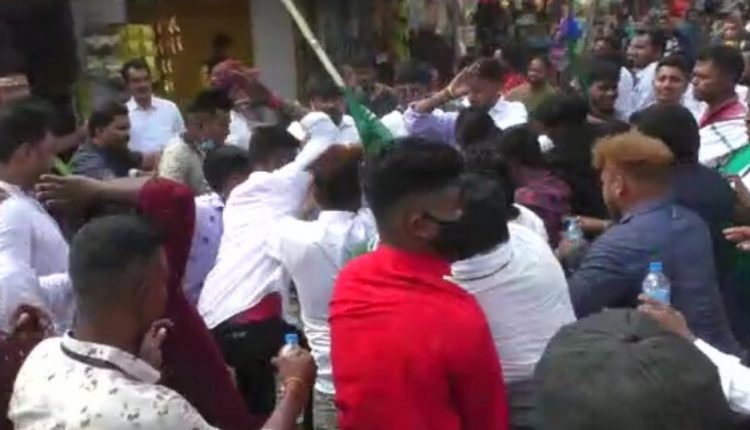 Bargarh: In a repeat show of Kuchinda incident in Sambalpur district, Congress workers were allegedly beaten up by BJD activists ahead of chief minister Naveen Patnaik’s visit to Bijepur in Bargarh district on Saturday.

According to sources, some Congress workers were staging a protest holding black flags at Alibali Chhak in Bijepur over Mamita Meher murder case. They were raising slogans against the state government and demanding ouster of minister Dibya Shankar Mishra for his alleged connection with prime accused in the case Govind Sahu.

Before the arrival of chief minister’s carcade, a group of people holding BJD flags arrived at the spot and started beating up the protesting Congress workers in presence of police deployed at the spot.

Earlier in the day, police detained some BJP workers including Odisha BJP Yuva Morcha president Irasis Acharya and Congress workers in Bhatli ahead of the chief minister’s visit.

It may be noted that a Youth Congress leader was allegedly attacked by BJD workers during a protest against the chief minister’s programme at Kuchinda on November 2.

The Congress, which had observed hartal across the state on Mamita Meher issue on Friday, had said they would continue their protest at all chief minister’s programmes till Mamita’s family gets justice.