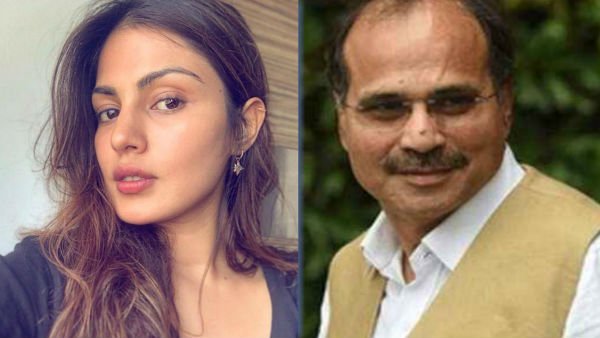 Bhubaneswar: West Bengal Congress president Adhir Chowdhury recently goofed up by addressing unmarried Rhea Chakraborty as ‘Mrs’ in one of his tweets.

The Congress leader has been supporting Rhea with a series of tweets on the social media platform.

Even as Adhir slammed the BJP for turning Sushant Singh Rajput’s death case into a political debate, the politician by mistake referred to the ‘Jalebi’ actress as ‘Mrs Rhea Chakraborty’.

Here’s what he tweeted:

Mrs Rhea Chakroborty has been indicted not for abetment of suicide nor murder nor any economic offences, she has been arrested under NDPS, ludicrous.#SushantSinghRajputCase
(2/n)

Rhea is currently in judicial custody at the Byculla jail in Mumbai for her involvement in the drug nexus.

The actress was grilled and arrested by Narcotics Control Bureau after WhatsApp chats revealed her involvement in the drug cartel.

Rhea was in a live-in relationship with Bollywood actor Sushant. The duo was allegedly planning to walk down the aisle in November this year.