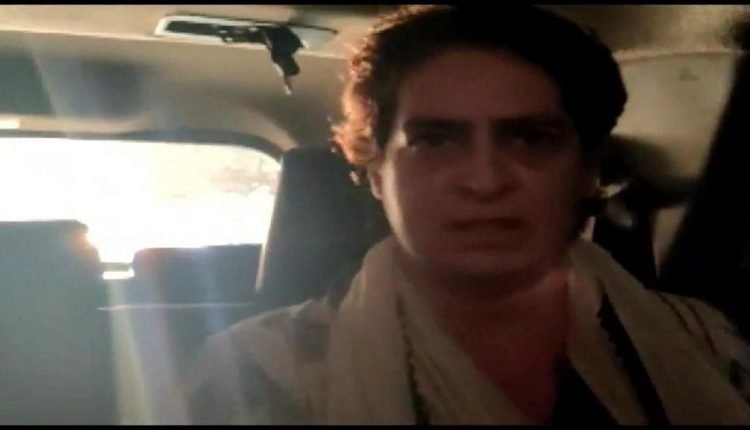 Lucknow: After being detained for over a day, Congress leader general secretary Priyanka Gandhi Vadra was arrested on Tuesday for violating Section 144 of the Indian Penal Code, disrupting peace and under other sections, News18 reported.

“It’s completely illegal and utterly shameful. She was arrested at 4:30 am, before sunrise by a male police officer. She has not been taken to a judicial magistrate so far,” said Congress leader P Chidambaram.

Priyanka was detained on Sunday night while she was on her way to meet farmers in the violence-hit Lakhimpur Kheri, about four-hour drive from Lucknow.  She was also seen cleaning the room of the guesthouse where she was detained.

An FIR has been registered against 11 people including Priyanka Gandhi Vadra, Deependra Hooda and Ajay Kumar Lallu for disturbing peace, police sources said adding that she will be presented before the district magistrate soon.

Notably, eight persons, including four farmers, were killed after being run over by an SUV allegedly driven by Union Minister Ajay Mishra’s son Ashish Mishra while protesting against an event for the Union Minister at Lakhimpur Kheri. A video of the incident has gone viral.

Though UP police have filed an FIR against him listing murder charges, he has yet to be arrested. The Union Minister said that they had evidence to prove that neither he nor his son was present at the spot. “We are ready to face any investigating agency. Culprits, who have planned this incident won’t be spared,” he added.