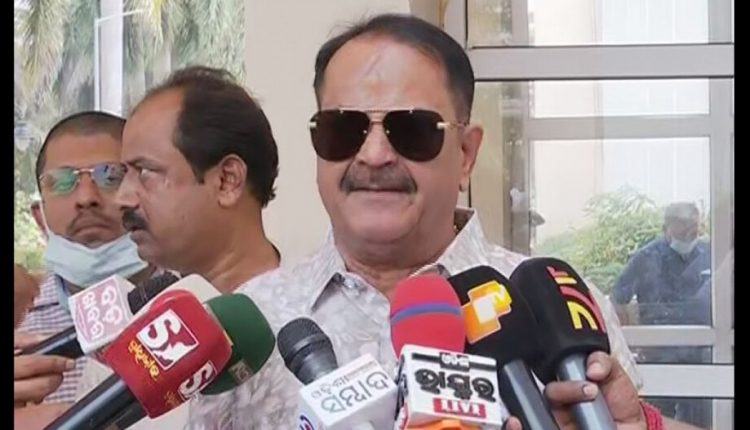 Bhubaneswar: Congress MLA Taraprasad Bahinipati was in new again on Tuesday as Odisha Assembly witnessed uproarious scenes with the Opposition cornering the government over Srimandira Heritage Corridor Project and the alleged mining scam.

Amid the ruckus, the Congress MLA lifted a chair in front of the speaker’s podium and threw away his headphone.

Bahinipati alleged that 104 mine owners are looting the state and demanded action against them. He raised the issue during the Zero Hour and also moved an adjournment motion to discuss the issue, which was not accepted by the Speaker. He then walked out of the House.

Responding to BJP’s allegation about Congress’ complicity, Bahibipati later told mediapersons that he would quit politics if there is any truth in it.

Fellow Congress leader Santosh Singh Saluja claimed that the government was not keen to discuss this all-important issue and the Speaker had not been accepting an adjournment motion on it for the last three years.

A ruling BJD leader said that Congress attempts to disrupt the proceedings using this ploy when it has no issue to raise in the Assembly.