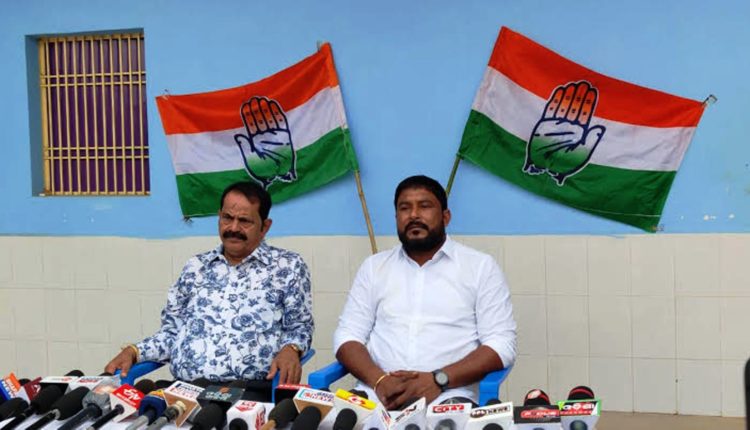 Berhampur: The Congress on Friday expressed its resentment over the restrictions imposed on its proposal to observe Martyr’s Day at Khallikote College Stadium here on January 30.

During a press meet here, senior Congress leader Tara Prasad Bahinipati said the BJD government is adopting double standards. The government allowed around 40,000 people to attend the Chief Minister’s meeting at Bindu Sagar in Bhubaneswar, about 50,000 people to congregate in Kalahandi and 20,00 people to be present at the inauguration of Ramlingam Park in Berhampur. No restrictions were imposed at all these congregations, he added.

He alleged that the government is adopting a partisan attitude towards Congress by restricting the permission to congregation of 1500 people to observe the Martyr’s Day at Khallikote College Stadium.

Earlier, Joint Commissioner Relief in a letter to Ganjam Collector said though the permission has been granted for observing the Saheed Divas at Khallikote College Stadium, COVID-19 regulations must be strictly followed.

The number of people at the function must not exceed 1500. All persons attending it may be subjected to RTPCR test and those testing negative allowed to attend. Neither any rally will be carried out nor food served in the function, the letter mentioned.