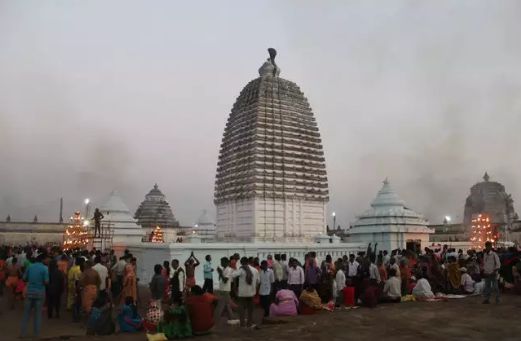 With devotees and saints from outside Odisha barred from attending the Mela, the main venues of Mahaima Gadi and Ashrama Mandals wore a deserted look this year.

However, the saints, who arrived earlier. participated in the rituals by singing Bhajans and chanting the Jananan of Bhima Bhoi.

Collector Bhumesh Chandra Behera has directed the police personnel not to allow devotees into the temple.

Besides, rituals will be performed at the Sunya temple, Dhuni temple, Ekoisahatia temple, Jyoti temple and Bati temple here.

The district administration has given entry pass to the saints and servitors, who are allowed to the temple.

The Mela will end on February 27.

Notably, Mahima Swami had started the Magha Mela at Joranda in the district in 1874. This Mela is held annually on the full moon day of Magha month of Hindu calendar. A huge number of Mahima Sanyasis (ascetics), devotees, monks, and pilgrims take part in Joranda Mela to worship Mahima Gosain’s Samadhi Pitha (shrine) in Sunya Mandir (temple) built in the early 20th century.

Bhubaneswar, Here’s How You Can Apply For Trade Licence Online; Ward Numbers List Inside

Over 200 Saints Congregate At Khandagiri For Magha Mela In…