Corona Diaries 61: IPL Is Over, Sigh! Welcome Back To The Real World 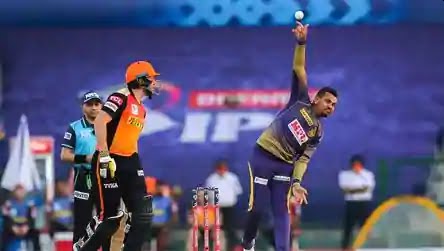 The IPL is over, and allowed a bit of melodrama of Hindi films of yore, we could visualise the cricket fan as the heartbroken hero whose ladylove has eloped with his best friend. He – days old stubble, unkempt hair and sad, tearful eyes in place – wanders listless in the meadows, mountains, morgues and wherever his feet take him. There’s a song of love and loss on his lips. Life is pointless from now on, he believes. If only he had conveyed his love for her once, and not allowed the friend to carry flowers to the girl on his behalf everyday.

Apologies. It’s over-the-top. But melodrama always is, isn’t it? Of course, the new age cricket fan won’t go that far – the COVID scare, in any case, won’t let him. He would shift to binge watching webseries on OTT platforms or plunge into the social media with vengeance, making his acerbic views on everything known to an equally attention-seeking world. Yet whatever he does won’t quite replace the thrill of the biggest carnival of cricket. He would miss the adrenaline rush and the excitement that edge-of-the-seat entertainment delivered on a daily basis for 53 days. Life, and evenings in particular, would be subdued and insipid.

We could have started with the big match itself, but we choose to begin with the day after. It is because in the times of pandemic the IPL meant much more than the wins and loses and fireworks and failures in far-off playgrounds; it signified hope and resilience, and mankind’s capacity for creating spots of brightness even in the darkest of situations. The day after would be without that illuminating spark.

We know what happened in Dubai: It was a clinical performance from Mumbai Indians against Delhi Capitals. The latter set a target of 156, at least 30 runs short of the ideal, on a friendly wicket and made the chase a cakewalk for the former. Mumbai broke the jinx of even numbers to clinch their fifth title. Delhi, making it to the final for the first time after 13 apperances, displayed the by now familiar inconsistency with both bat and ball. The big story for the cricket fan, however, was the end of the event. He would have loved it to go on and on. It is not difficult to see why.

But all good things come to an end. Now, don’t blame him if he gets melodramatic about it.

Extremely adorable and utterly dislikeable – Delhi Capitals is somewhat like Delhi. Winter is the season to wait for in the capital state, but you have thick smog choking your lungs in the winter days. You love all the monuments of power over ages dotting the city but you hate the maddening obeisance to power in its culture. You have wonderful modern amenities as well as deplorable civic mess. In the end, you don’t know whether you love the city or hate it.

The same goes with Delhi Capitals. They are brilliant one day, pathetic on the other. Just when you start believing the team carries the core of the future Team India, it serves up a disappointing show. Just when you state Rishav Pant would be the next MS Dhoni, he delivers a series of low performances. The yo-yo quality to their game has not changed over the last decade.

Going into the final match, only the incorrigible optimist would have betted big on the side. But in Delhi there were quite a few who did. Hope next season would be different for them.

What’s behind the success of Mumbai Indians? Planning, preparation and execution. They were obviously the most well-prepared side this season. It’s rare for so many players in a T-20 unit to carry good form throughout a long season. Also, the team was accurate on strategy for each match, whether chasing or setting a target. It could not have happened without thorough preparation by players backed by a brilliant think-tank. While most teams stayed rusty till more than halfway into the tourney, with players sleep-walking most of the time, Mumbai was pulling off easy victories.

The shortest format of the game is designed to throw surprises. The ruthless efficiency of Mumbai Indians is making it too predictable. Other teams better wake up and take note.

‘Others’ is not a respectable category in any table. In the IPL, those not making to the knock out stage land there. The teams such as Chennai Super Kings, Rajasthan Royals, Kolkota Knight Riders and Kings XI Punjab must be aware that they have disappointed fans and unless they get their act together redemption is impossible. We should expect a lot of chopping and axing in teams before the next season. Some aging war horses, both overseas and domestic, are likely to get the boot, and also some young non-performing assets. And, of course, we should see longer preparation before the season. Twenty-20 is a serious affair now. No one can take it easy, particularly with team owners giving a hard look at balance sheets. ‘Others’ category means bad investment.