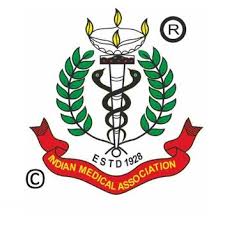 New Delhi: Indian Medical Association (IMA) on Wednesday came down heavily on the government after the Minister of State for Health and Family Welfare Ashwini Kumar Choubey said in the Parliament that the ministry does not have a complete data on the number of healthcare staff including doctors who have been affected and succumbed due to COVID-19.

The minister also stated that public health comes under states’ responsibility and so the insurance compensation data is not available with the Union Government.

“This amounts to abdication of duty and abandonment of the national heroes who have stood up for our people,” ANI quoted IMA stating.

The IMA published a list of 382 doctors – some as young as 27 years – who succumbed to COVID 19 in the line of duty. It demanded them to be treated as martyrs and adequate compensation paid to their families.

“IMA hereby publishes the list of Indian doctors who died in the pandemic. We demand they be acknowledged and treated as martyrs. Their families and children deserve solace from the government. IMA also urges the government to seek data from the representatives of nurses and other healthcare workers,” IMA president Rajan Sharma wrote to the government, reported The Tribune.

Switch From CPF To Pension, Last Option Here: RBI To Its Employees