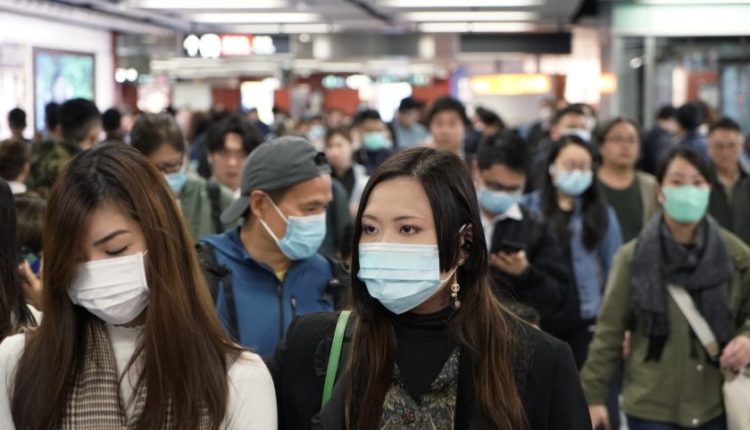 The study, published in the journal Nano Letters, revealed that the current procedures for physical distancing were insufficient for preventing transmission of the infection.

Co-author of the study from University of California (UC) Santa Barbara, Yanying Zhu said: “We found that in most situations, respiratory droplets travel longer distances than the six-foot social distance recommended by the CDC.”

The study also stated that this effect increases with low temperature and high humidity in indoor environments to keep meat and produce from losing water in storage. The droplets transmit to distances of six metres (19.7 feet) before falling to the ground.

The virus is quite persistent, remaining “infectious from several minutes to longer than a day in various environments.” Zhu said, adding, “This is maybe an explanation for those super-spreading events that have been reported at multiple meat processing plants.”

On the flip side, respiratory droplets evaporate more easily, in hot and dry areas, researchers said. The evaporated droplets leave behind tiny virus bits, that merge with aerosolized virus particles that are discharged via sneezing, coughing or talking.

“These are very tiny particles, usually smaller than 10 microns. And they can suspend in the air for hours, so people can take in those particles by simply breathing,” said study lead author Lei Zhao.

Scientists said that transmission through aerosol particles will be higher during summer, whereas respiratory droplets will be more dangerous during winter. They recommend greater distancing in cold and humid rooms and the use of masks and filters in hot and dry areas.

“This means that depending on the local environment, people may need to adopt different adaptive measures to prevent the transmission of this disease,” Zhao said.

According to researchers, aerosol and droplet distribution did not differ significantly in both cold and dry environments or hot and humid ones. They believe that their findings would aid public decision-makers in halting the spread of the COVID-19 infection.

Zhao added that their study could gauge real exposure to the virus – the amount of virus that could land on a person’s body after a period of exposure. The scientists said that their findings “may shed light on the course of development of the current pandemic when combined with systematic epidemiological studies.”