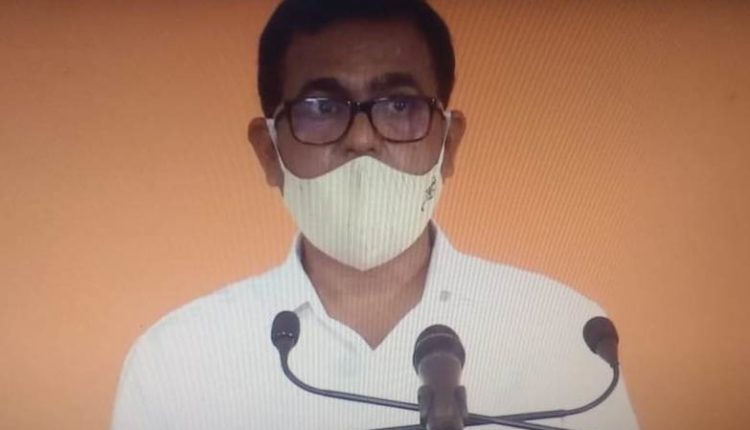 Bhubaneswar: There has been a marked improvement in the COVID-19 situation in Cuttack district with more recoveries, said district collector Bhabani Shankar Chayani during a press briefing here on Sunday.

He informed that compared to last week’s statistics, the recovery rate this week has increased from 66% to 72% while the active cases have come down drastically from 74% to 27%.

Stating that the strategy to fight COVID-19 in Cuttack district is based on community-based decentralized system, he informed that 1821 COVID management committees have been formed in rural areas and 113 ward committees in urban localities. The members of these committees are engaged in a door-to-door survey to identify people with symptoms of the virus and those who have come in contact with previous positive cases, and conduct their swab test.

The collector also said that due to the antigen tests which are now being done in all government and private hospitals in the district, the number of tests per day has gone up substantially.

The collector said that of the 54,884 samples collected in the district so far, 3747 have tested positive of which 1020 are under treatment. Of the total 3747 positive cases, 59.49% of patients are from urban areas and just over 40% from rural areas.

The SCB Medical College and Hospital, which leads in the number of tests in the state, has so far conducted 1,33,728 tests of samples collected from 18 districts.

Giving a weekly break-up of tests in the district, the collector said that compared to 13,126 tests last week, the number has gone up to 17,435 this week. “The good news is that the positivity rate compared to the last week has come down from 6.72% to 4.62%,” he pointed out.

The district also has 8 COVID Care Centres (CCCs) with 1200 beds of which 45% are occupied. All 34 ICUs are fully occupied while 18 of the 20 ventilators are being used in these ICUs.

Talking about plasma therapy in the district, he said the plasma bank at SCB Medical College has so far collected 224 units from 112 donors, of which 179 units have already been used.

The collector informed that of the 332 COVID warriors who got infected with the virus, 298 have been discharged from the COVID hospital, while 34 are under treatment.

The district administration felicitated 39 COVID warriors during the 74th Independence Day celebrations, of which 7 are plasma donors.