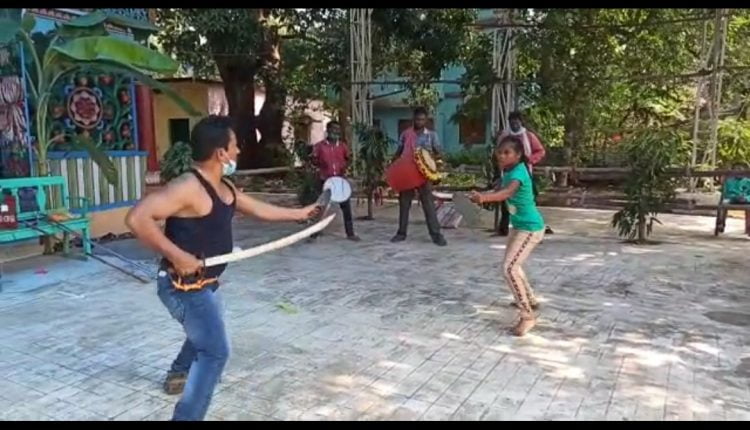 Balasore: Due to COVID restrictions, the people of the district had to give a miss to famous ‘Badi Khela’ this year.

‘Badi Khela’ is a highly popular show of martial art and the main attraction during Durga Puja in the district. It has been presented by different ‘Akhadas’ for the last 96 years.

Started in 1925 under the guidance of former chief minister Dr Harekrushna Mahatab,  its main aim was to fight with the Britishers.

As per the tradition, the Akhada members used used to showcase their talent in playing ‘Badi Khela’ after offering puja to Lord Hanuman. They would start practising from the day after Ganesh Puja every year.

Mostly stick, mace and swords are used while performing ‘Badi Khela’. It is a highly risky martial art that is played by the professionals after acquiring skills through rigorous practice, said a member of an Akhada and advised the people to refrain from practising it.

General secretary of Balasore Akhada Sangh Manoj Kumar Das said due to COVID pandemic, the ‘Badi Khela’ programme was not allowed this year. “To keep the tradition alive, only two players of each group were allowed to perform. There were no spectators too,” he added.