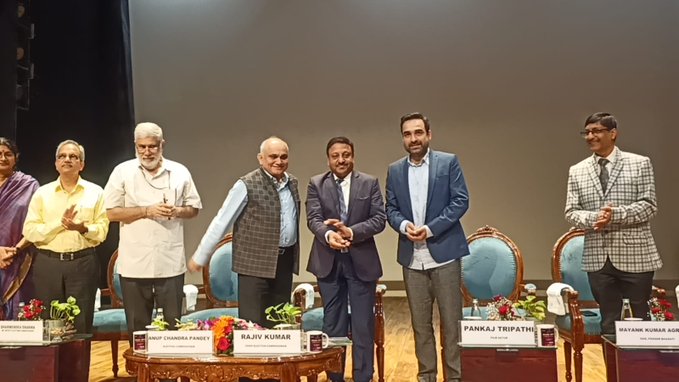 New Delhi: National Award-winning actor Pankaj Tripathi has been named the National Icon of the Election Commission of India (ECI).

CEC Rajiv Kumar said the decision to make him a national icon was done keeping in view his commitment to the cause and wide appeal across the country. The actor of ‘Mirzapur’, ‘Sacred Games’ and ‘Newton’ fame was already a Bihar state icon.

In a 20-second-long video release by PIB, the actor confirmed that he will finally take up the responsibilities of the National Icon after the completion of a few formalities.

Recollecting his memories as a first-time voter, Pankaj Tripathi said that the process gave him not only the right of ‘matdaan’ (voting) but also ‘sammaan’ (respect) as a contributory voice in democracy. He urged all young voters to pro-actively participate in the election process and make their voices heard.

The actor made his Bollywood debut with Abhishek Bachchan and Bhumika Chawla-starrer ‘Run’ in 2004 and earned popularity with ‘Fukrey’, ‘Masaan’, ‘Bareilly Ki Barfi’, ‘Stree’, ‘Ludo’ and ‘Mimi’, among others.