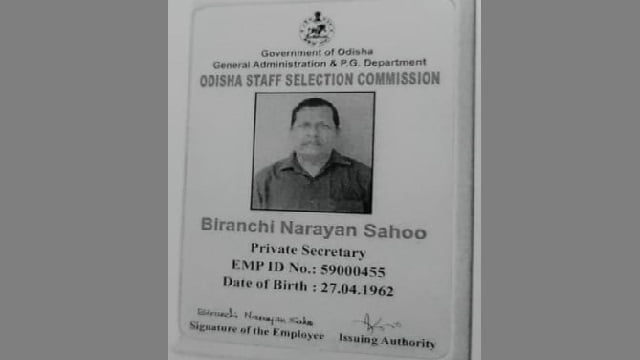 Sahoo was arrested by the Vigilance for allegedly amassing  disproportionate assets amounting to Rs 3.51 crore. He was the private secretary to OSSC member Jagannath Lenka and was working with the Commission since its inception in 1994.

Besides amassing property, Sahoo had also made five foreign trips along with his wife Sudhanshubala in the last 10 years. The couple had visited countries like United Arab Emirates (UAE), Malaysia, Thailand, among others, and were accompanied by their son and daughter on one such trip, anti-corruption officials said.