Culturally Rich Cuttack Has A History Of Religious Tolerance 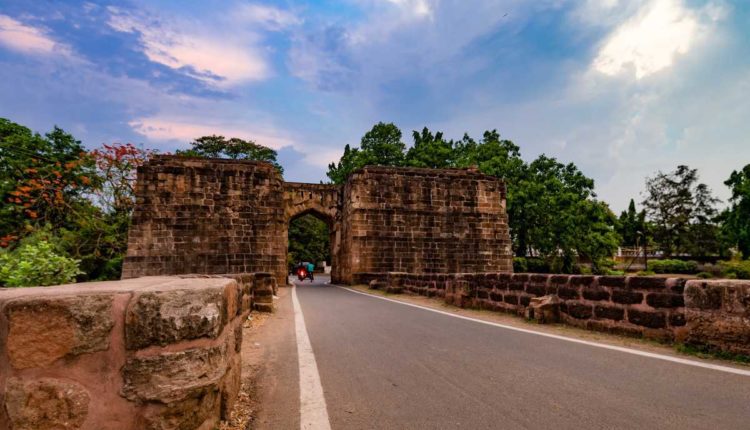 The word Cuttack derives its name from the Sanskrit word ‘Kataka’ which literally means fort, referring to the Barabati Fort. Cuttack is the anglicised form.

The thousand-year-old city is the town of many heritage buildings. Barabati Fort, Maritime Museum, Maa Cuttack Chandi Temple, the Church of Epiphany are some of them. However, not many are aware of the history behind the buildings.

Barabati Fort on the banks of river Mahanadi gives the town its name. It is a 13thcentury monument built by the Ganga dynasty. According to historians, the fort once housed a nine-storey palace.

Next to it is the Gadakhai, which is supposed to be renovated as a tourist spot. The ruins of the fort lie in the western part of the city. The British army took possession of the fort and it served as a prison for several rulers. The Barabati Fort also finds a mention in the Jagannatha Temple chronicle, Madalapanji. Since 1915, the fort has been declared a protected site by the Archaeological Survey of India.

“Barabati Fort witnessed the fortunes and the fall of the long line of the Ganga and the Suryavamsi rulers,” as mentioned in the book Cuttack One Thousand Years.

The millennium city is known for many milestones, but all religions surviving here peacefully together is one of the most important ones.

One such example is the existence of Kadam-e-Rasool on Jail Road, Cuttack. Kadam-e-Rasool which literally translates to a footprint of the messenger was built by Nawab Shujauddin Khan in 1715. This beautiful structure is one of the most famous Islamic shrines in the country. The monument also has a ‘mazaar’ and miniature shrines. The mosque houses the footprints of the prophet, engraved on a stone.

Another heritage site is the Shahi mosque. It is located inside the Barabati Fort. It is widely known for its astonishingly beautiful architecture and religious significance.

“The Juma Masjid of Neem Chouri bears the characteristic features of a congregated prayer hall. It stretches from east to west to facilitate the performance of prayer by the devotees who while praying, should turn towards Mecca,” the book mentions.

The test of religious tolerance is also present in the many churches in the city. Amongst them, the Church of Epiphany on Cantonment Road was built in 1865 and is one of the oldest in the city. This beautiful structure is an example of British colonial architecture. Another church, the Odia Baptist Church is the largest in the state.

“This church is known as the ‘Mother Church in Orissa’ because non-Christians were baptised here for the first time,” the book adds.

Maa Katak Chandi is known as the presiding deity of the city. The temple dedicated to her, in Chandi Chhaka is known as Maa Kataka Chandi Temple and attracts devotees mostly during Durga Puja from around the country.

The people of Cuttack believe her to be ‘The Living Goddess.’ During Durga Puja, she is dressed in 16 different avatars. It is popularly known that late Hansa Panda who was the Purohit of then King Kanika found the goddess in a field after she herself appeared in her dream and instructed her to do so.

The silver city was once the maritime hub of the state since Mahanadi is one of the largest rivers in the state. The present-day Maritime Museum was once the Maritime Engineering Workshop set up by the British in 1869. The government of Odisha converted it into a museum to showcase the rich maritime history of the city. At present, the museum has almost 13 galleries. It is by far the city’s best tourist attractions.

The city is also home to almost 12 museums, out of which Maritime Museum is just one. The city has a lot of historical and cultural legacies to offer to tourists and visitors.

Some People Were Going To Return Their Awards: Swara Bhasker Takes A Dig At Kangana After AIIMS Report